The air quality index in the national capital read 382 at 4 pm, while the it entered the severe zone in Ghaziabad, Greater Noida and Noida on Thursday. 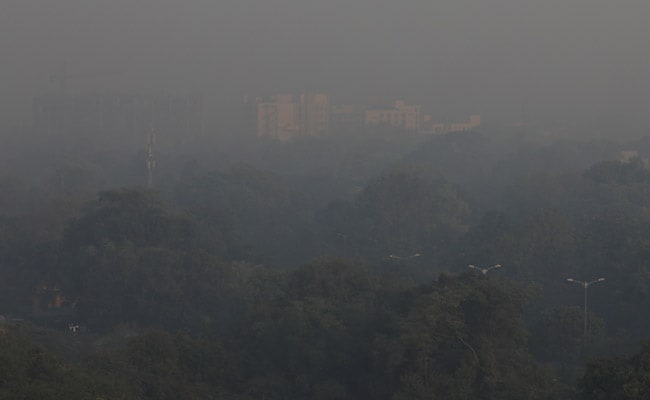 A shift in wind direction may increase Delhi pollution further, an official said

As the hazardous haze returned to the National Capital Region again, a Central Pollution Control Board-led task force on Thursday asked all agencies in Delhi-NCR to remain on high alert and to take stringent measures to control air pollution.

It asked them to intensify enforcement activities in hot spots and industrial areas and recommended people to minimise the use of private vehicles.

At a meeting of the task force, VK Soni, a senior scientist at the India Meteorological Department (IMD), said the region is likely to witness slow wind speed in the next five days.

The wind direction is expected to shift from North to North-East from Friday which may increase pollution further, he said.

The AQI is likely drop to the lower end of severe category by Friday. Rains and thunderstorms on December 11 may bring some relief, Mr Soni said.