In Kolkata, there were tough words from Mamata Banerjee. The police crackdown would continue, she said. 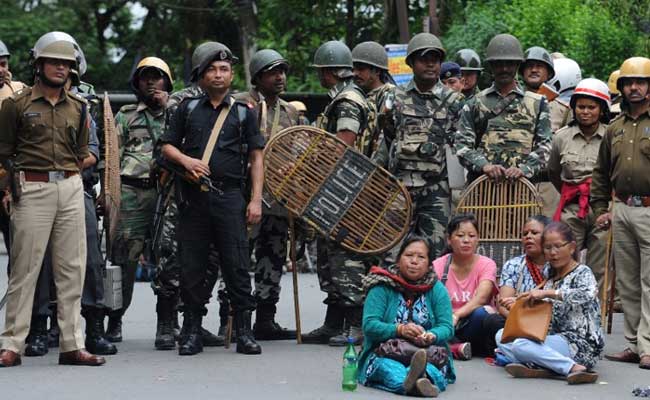 Darjeeling: GJM chief Bimal Gurung was raided by the police this morning after which protests started.

Darjeeling: Back in the 1980s, the hills had burned for Gorkhaland. Thirty years on, they almost burned again on Thursday, in a reminder of then. Then Subhash Ghising led the fight with Gorkha National Liberation Front - in fact he coined the term Gorkhaland. Now it is Bimal Gurung and the Gorkha Janmukti Morcha.

From 9:30 am on Thursday, Pathelavas, a couple of kilometres downhill from Darjeeling town, ignited. A huge police force arrived at Bimal Gurung's home-cum office, battered the grill gate down and raided it.

His followers hit back with stones, hurled at police from hilltops. Petrol bombs too, police claimed.

A media car was set on fire, a bus, later in the day and the flames spread to the neighbouring Kalimpong district where a police post at Pedong was set ablaze.

In Kolkata, there were tough words from Mamata Banerjee. The police crackdown would continue, she said. After all on June 8, she claimed, the Morcha had planned to attack her cabinet ministers when she met them at Darjeeling's Raj Bhavan.

Late afternoon, Bimal Gurung, put out a WhatsApp message that was ominous.

"This is our ultimate fight... What happened today crossed the limits. She (Mamata Banerjee) cannot be allowed to do this... Till I am alive, I will fight.  This is our final battle and I call upon to all to join," he said.

There were provocative statements from all sides.

"Petrol bombs were used, there are reports of fire arms used as well, many policemen are injured and the kind of material seized from the house is very serious," said additional director general of police, Siddhinath Gupta.

In Delhi, a meeting at north block between Home Minister Rajnath Singh, BJP's Darjeeling lawmaker and a senior Morcha leader did not appear to yield any concrete results.

Promoted
Listen to the latest songs, only on JioSaavn.com
Except, more paramilitary forces were tasked for Darjeeling. Besides the Army, a total of 14 paramilitary companies are either there or on their way.

The soldiers will certainly control the fires burning in the hills. But political parties will need to talk to put out the flames.
Comments
gorkhalandBimal GurungDarjeeling Violence