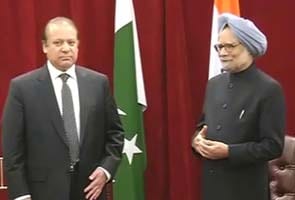 According to senior Pakistani officials, Mr Sharif directed his close aides to get in touch with Indian officials as soon as the controversy over his purported comments erupted.

The Pakistani PM reportedly tasked his Foreign Secretary, Jalil Abbas Jilani, to convey to Dr Singh the factual position, that he never made the controversial remark.

Mr Jilani, according to sources, phoned National Security Advisor Shivshankar Menon early in the morning to explain Pakistan's position on the matter. Mr Menon reportedly told Mr Jilani that he had already verified the authenticity of the alleged statement and was aware of the factual position.

Prime Minister Singh, too, had been informed about the matter, Mr Menon said.

His assurances, sources say, came as a major relief to the Pakistani delegation and Prime Minister Sharif.

Promoted
Listen to the latest songs, only on JioSaavn.com
Earlier, a Pakistani journalist, who was present at the breakfast hosted by Mr Sharif where the "dehati remark" remark was allegedly made, denied the Pakistani Prime Minister having used the words for Dr Singh.

"He (Nawaz Sharif) never uttered any such word," said Absar Alam of Pakistan's Aaj TV, adding the Mr Sharif had only made his displeasure known about Dr Singh having "complained" against Pakistan during his meeting with President Barack Obama by citing an anecdotal story.

Largest Flypast With 75 Aircraft On Republic Day This Year: Official