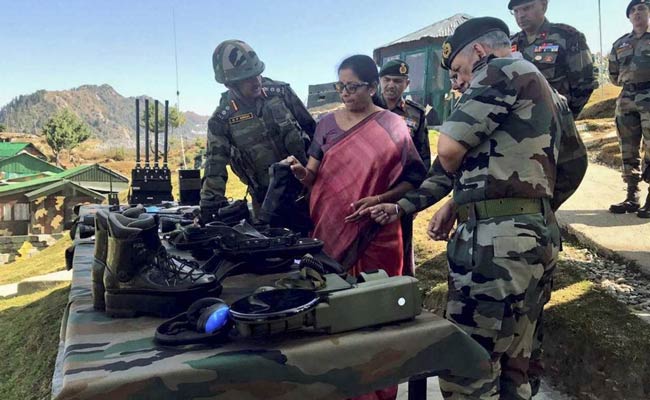 A decision was taken on Wednesday by the Defence Acquisition Council (DAC), chaired by Ms Sitharaman, to simplify the 'Make II' category of the Defence Procurement Procedure (DPP-2016).

The changes are expected to give a boost to the 'Make in India' initiative.

"In the Make I policy there were some difficulties. Recently, we discussed it and have come out with a simplified Make II policy," she said.

Ms Sitharaman said earlier the defence ministry would ask the industry what they can do for the sector. If there were 100 firms, only one or two companies were coming forward.

"Now if a small company is making an equipment, they can approach through the Make II policy," she said.

Even those companies, which do not engage in manufacturing of defence equipment but has interest to produce them, can also approach the ministry, Ms Sitharaman said.

"If a small company has an idea and has the ability to produce a particular (defence) component, request for proposal can be issued after completing the test trials," she said.

Later, talking to reporters, Ms Sitharaman said private sector should be facilitated in order to reduce the dependence on imported defence components.

Department of Defence (Productions), Secretary, Ajay Kumar said under the Make II policy initiative, the timeline for processing the applications has been reduced by 50 per cent.

"Previously it could take two to five years to finalise from the date of in-principle approval to the issue of final order.Under this policy, depending on complexity, it can be one year or maximum of two years, he said.
Comments
Nirmala SitharamanMake In IndiaDefence Ministry