The Defence Acquisition Council (DAC), the Defence Ministry's highest decision-making body on procurement, had in November 2016 approved purchase of 83 Tejas Mark-1A by IAF at a cost of Rs 50,025 crore. 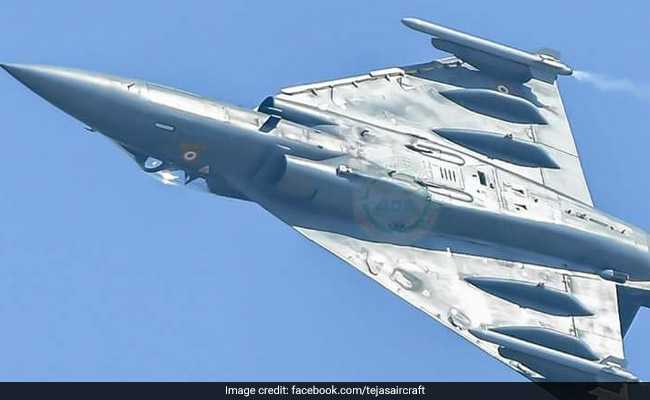 The IAF had earlier placed an order with the HAL for 40 Tejas aircraft.

The issue of pricing of 83 Tejas light combat aircraft (LCA) to be manufactured by state-run aerospace behemoth Hindustan Aeronautics Limited has been finalised and the contract is likely to be signed in the next few months, Director General (Acquisition) in the Defence Ministry Apurva Chandra said today.

Addressing an international conference, he also said procurement of additional Akash surface-to-air missiles (SAM) for the Indian Air Force, worth Rs 5,500 crore, was cleared by the Union Cabinet last week and the contract would be signed in the course of next seven days.

"Pricing of LCA, which was under discussion with the costing committee, was finalised two days back in a meeting by the secretary of Defence Production. Now discussion for the pricing of support package is on. That also should be finalised in a month or two. So we should be in a position to sign the contract for the aircraft in the next 3-4 months," Mr Chandra said.

The two-day conference hosted at the India Habitat Centre is on ''energising Indian aerospace industry: flight plan for the future''.

In his keynote address, he also said the induction of Rafale aircraft would boost India's combat capabilities and "make us on top of our adversary".

Faced with depleting strength of its fighter squadron, the Indian Air Force in December 2017 had issued the request for proposal (RFP) to the Hindustan Aeronautics Limited (HAL) for the procurement of 83 Tejas light combat aircraft at a cost of over Rs 50,000 crore.

The IAF had earlier placed an order with the HAL for 40 Tejas aircraft.

The Defence Acquisition Council (DAC), the Defence Ministry's highest decision-making body on procurement, had in November 2016 approved purchase of 83 Tejas Mark-1A by IAF at a cost of Rs 50,025 crore.

Sources earlier said out of the 83 LCA, 10 will be used for training purposes.

Mr Chandra on Thursday said replacement of Kamov-226 and Avro aircraft is also under "serious consideration".

"The Defence minister had made me the chairman of the committee to reconstitute both the DPP and DPM and we are going to come out of new versions by March 2020," he said.

The high-level committee was set up by the government to review the existing policy framework on military procurement to ensure seamless flow in acquisition and maintenance of assets.