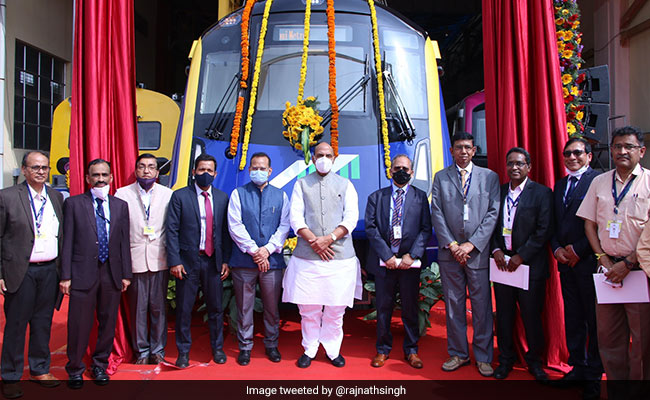 Rajnath Singh who visited the facility, said he was proud of the good work of the team.

The Minister, who visited the facility, said he was proud of the good work the team of engineers and technicians are doing at the Bengaluru-headquartered BEML.

"They are the real warriors of Atmanirbhar Bharat, taking India ahead", he said.

According to BEML, state-of-the-art driverless metro cars, being manufactured at the company's Bangalore Complex, are made up of stainless-steel body with a capacity of carrying 2280 passengers in six-cars Metro train-set.

BEML bagged a total order of 576 cars for Mumbai Metropolitan Region Development Authority (MMRDA)'s MRS1 project and the supply is scheduled progressively up to January 2024.

"BEMLs foray into metro manufacturing has been a defining moment in the urban transportation scenario in India", Mr Hota said.

At the BEML's Bangalore Complex, Singh inspected the Rail Hangars, the array of BEML equipment on display (from its Defence & Aerospace, Mining & Construction and Rail & Metro Divisions) and the newly launched Industrial Design Centre.