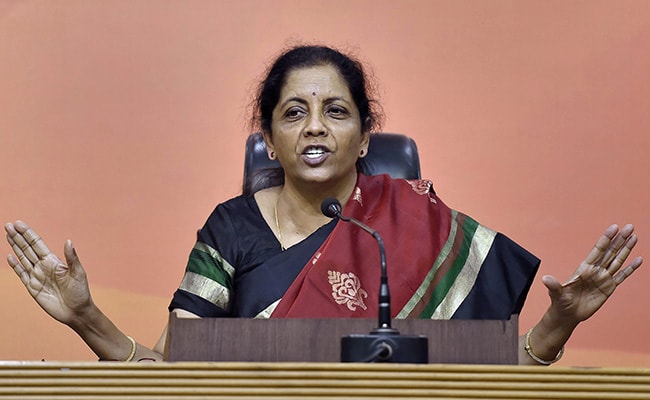 Dehradun: Ahead of Prime Minister Narendra Modi's visit to China in June, Defence Minister Nirmala Sitharaman has said that India is "alert and ready for any unforseen situation" in Doklam, where the two countries were locked in a face-off situation for 73 days last year.

Speaking to reporters in Dehradun on Sunday, Ms Sitharaman said, "We are alert and ready for any unforeseen situation in Doklam... we are constantly working on the modernisation of our forces and will maintain our territorial integrity."

The defence minister's statement comes within a week of India's envoy to China, Gautam Bambawale, saying in an interview to Hong Kong-based South China Morning Post that any attempt by China to change the status quo along the Indian border may lead to another Doklam-like stand-off and that the best way to prevent such incidents is through candid and frank talks.

Earlier this month, Ms Sitharaman told the Rajya Sabha that China had undertaken "construction of some infrastructure, including sentry posts, trenches and helipads" close to the face-off point in Doklam. Ms Sitharaman's reply came in response to a question on whether satellite images have revealed that China has constructed seven helipads in Doklam besides deploying tanks and missiles in the area.

Promoted
Listen to the latest songs, only on JioSaavn.com
On whether India has taken it up the matter with China, Ms Sitharaman had said issues relating to the border are regularly taken up with the Chinese side through diplomatic channels and at Border Personnel Meetings, flag meetings and meetings of Working Mechanism for Consultation and Coordination on India-China Border Affairs.

PM Modi is expected to take part in the Shanghai Cooperation Organisation (SCO) summit, to be held in Qingdao, on June 9 and 10. Sources say a bilateral meeting with President Xi Jinping is also on the cards.