Defence Firms Eye Billion-Dollar Chance For 'Made In India'

The world's largest defence importer has announced a new policy inviting foreign defence manufacturers to set up shop as minority partners in India. 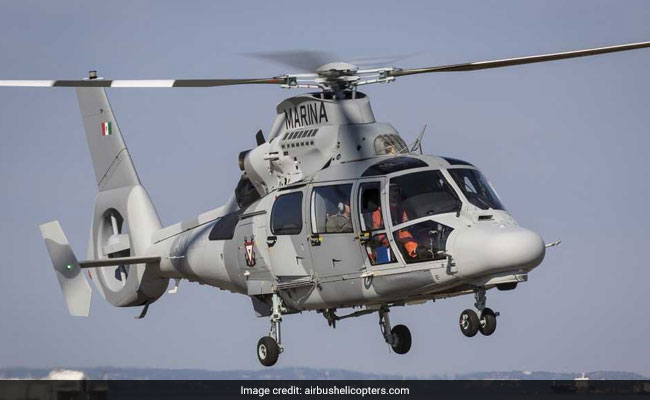 Europe's Airbus Group is angling to sell its Panther helicopters

New Delhi: India has drawn up a shopping list for tens of billions of dollars of foreign fighter jets, armoured vehicles, submarines and helicopters but it will only sign the cheques if they are made in India.

The world's largest defence importer has announced a new policy inviting foreign defence manufacturers to set up shop as minority partners in India. It initiated the bidding process for submarines in July.

Such deals would boost job creation and bring key defence technologies into India.

Foreign companies say the opportunity is too good to miss.

Europe's Airbus Group, angling to sell its Panther helicopters, has said that if it wins a contract worth several billion dollars and expected to span at least a decade, it would make India its global hub for the multi-purpose choppers.

The company currently builds them at Marignane in France.

Lockheed Martin says if its F-16 fighter jets are selected -- it will likely compete with Saab for that order of close to $15 billion -- it will "support the advancement of Indian manufacturing expertise."

Germany's ThyssenKrupp Marine Systems and France's Naval Group are eager to compete for a contract of up to $10 billion to build submarines in the country.

Luring foreign defence companies to build in India would be a major and much-needed boost to the economy.

Prime Minister Narendra Modi, with less than two years to national elections, faces pressure to create more jobs for the hundreds of thousands of people joining the workforce every month.

Growth in the first three months of 2017 slowed to 6.1 percent. Experts expect further disruption as businesses adjust to a new nationwide goods and services tax launched in July.

India is seeking to follow other countries which created defence sectors by backing a few big players with long-term defence orders and allowing smaller businesses to develop around them.

"Countries that have a robust defence industry have a few large companies that are supported by their government with large, long-term defence orders," Amber Dubey of the KPMG consultancy in India told AFP.

"They in turn create an eco-system of large and small suppliers to stay competitive."

India currently imports at least 90 percent of its defence equipment including parts for assembly. It is banking on foreign companies to bring in new technology.

The lowest bid is one key selection criteria that worries some of the competitors.

"We'd like to see the Indian government work with the US government to ensure that these acquisition policies don't disadvantage US companies just because we can't get the lowest price," Cara Abercrombie, former US deputy assistant secretary of defence for southeast Asia, told a recent panel in New York.

Under the strategic partnership policy, India will line up domestic companies that foreign players have to choose from to set up local plants.

For the Indian companies, which would hold the majority stake, it is a big win, says Dhiraj Mathur, an aerospace and defence specialist for the PwC consultancy.

"You know nothing about defence manufacturing and you're going to partner with a global leader to make highly sophisticated equipment and the only reason they're talking to you is because the government has told them to," he said.

The Indian government wants to bring the local companies up to global standards to compete for the next round of orders.

China also built up local defence equipment manufacturing by forcing international firms to link up with Chinese companies and to hand over technology.

In India's case, the foreign players are still pushing for ownership.

"Let us take a lead, let us be the majority," said Ashish Saraf, vice president for industrial development at Airbus.

"Or let the Indian guys assume full liability (as per the policy). Assuming liabilities on an aircraft is not easy.... If a product fails, we are talking about hundreds of millions."

His suggestion is a middle road where foreign companies can hold the majority stake, which can be pared back over time as the Indian partner gains in knowledge and experience.

"It takes years to transfer (technology) and to get proven products. These are complex products that need to perform in battles," said Saraf.

The other hurdle in the policy is that transferring defence technology requires government approval.

Promoted
Listen to the latest songs, only on JioSaavn.com
In a strategy similar to one followed by the United States, India puts the onus on the foreign partners to get the green light from their respective governments, a challenging task for them.

"But if you want indigenisation, this is the only way you'll get it," said PwC's Mathur.

Made in IndiaF-16 fighter jets