Javed Akhtar, 76, in a recent interview had allegedly drawn parallels between the Taliban and RSS. 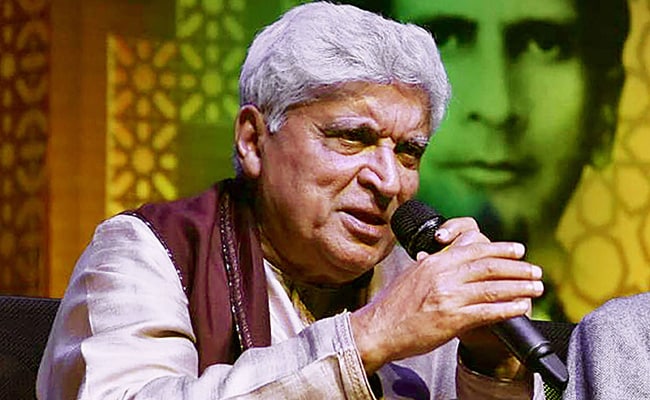 Javed Akhtar in a recent interview had allegedly drawn parallels between Taliban and RSS.

A Mumbai-based lawyer on Friday filed a criminal complaint against lyricist Javed Akhtar before a magistrate court over his alleged remark against the Rashtriya Swayamsevak Sangh (RSS) made during a television interview.

The complaint against Javed Akhtar was filed before the metropolitan magistrate court in Mumbai's Mulund for the offence under section 499 (defamation), 500 (punishment for defamation).

Javed Akhtar, 76, in a recent interview had allegedly drawn parallels between the Taliban and RSS.

The complainant, Santosh Dubey, who claims to be an RSS supporter, alleged that Javed Akhtar, with a view to gain political score, unnecessarily dragged the name of the RSS and defamed the organisation in a "calculated and well planned move".

"The statement made by Javed Akhtar during an interview was 'well planned' to defame the RSS as well as to discourage and misguide the people who have joined the RSS or would like to join the organisation," the complaint said.

"The accused is very much aware that there is no similarity in thoughts, ideology, philosophy, mindsets and way of functioning of RSS and Taliban in any manner, but with the ill-intention to malign, damage, injure and harm the prestige, good-will, image of RSS, the accused has deliberately and intentionally made false defamatory imputation and imaginary statements," it added.

The court will record the statement of the complainant in the next hearing to be held on November 16.

Mr Dubey had earlier filed a complaint against Javed Akhtar in this connection, based on which the Mulund police had registered an FIR under IPC section 500 against the veteran lyricist.

Last month, the lawyer had sent a legal notice to Javed Akhtar and sought an apology from him for making such statements.