Government spokesperson Srikant Sharma said "Deepotsav", which was organised by the Tourism Department in the last two years, would now be a state government event. 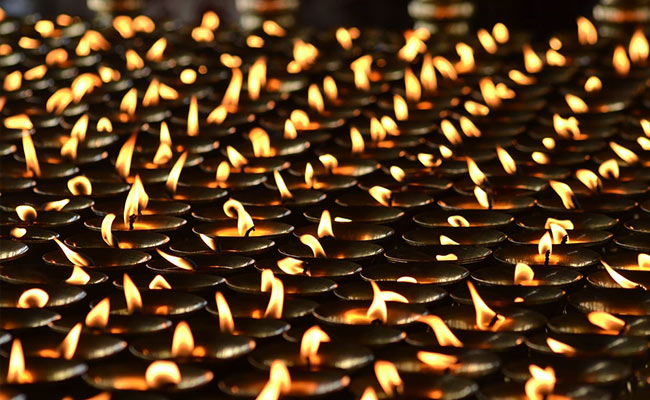 The state government has also made elaborate arrangements for 'Deepostav'.

The much-publicised "Deepotsav" in Ayodhya later this week will now be an official function and the Uttar Pradesh government will bear the entire expenses of the event. A decision to this effect has been taken by the state Cabinet.

Earlier, the UP Tourism Department spent funds from its own budget for 'Deepotsav' at Ayodhya, but now the state government will directly fund the function through the district administration.

Government spokesperson Srikant Sharma said "Deepostav", which was organised by the Tourism Department in the last two years, would now be a state government event.

Mr Sharma said the state government has sanctioned a sum of Rs 1.33 crore for this year's 'Deepostav' in which over 5.51 lakh 'diyas' will be lit on October 26.

With 'Deepostav' now a state-sponsored programme, funds spent on the event would be audited as per norms.

The state government has also made elaborate arrangements for 'Deepostav' which will be graced by the Chief Minister on October 26.

The Speaker of Parliament of the Republic of Fiji is likely to be the chief guest on the occasion.