Deep Sidhu played an active role in farmers' protest against the three farm laws. The actor-turned-activist was accused of being the 'key conspirator' of the Republic Day violence. 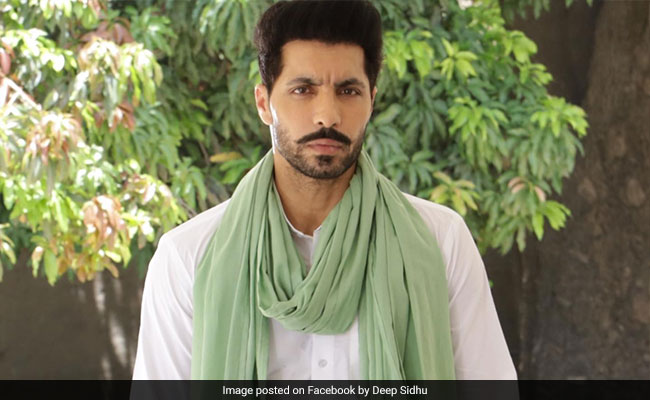 Deep Sidhu played an active role in the farmers' protest against the three farm laws.

Sonipat Police Wednesday filed an FIR against a truck driver for allegedly causing the accident that resulted in the death of the Punjabi actor.

Police officials had earlier said the accident occurred when Sidhu's SUV rammed into a stationary truck on the Kundli-Manesar-Palwal expressway near Delhi.

Mr Sidhu and a woman with him were taken to a hospital, where he was declared dead.

Deep Sidhu played an active role in the farmers' protest against the three farm laws, which were withdrawn by the Centre in November 2021.

He was accused of instigating protesters during a tractor parade on Republic Day, 2021 and provoking them to hoist 'Nishan Sahib' - a symbol of Sikh religion - and a farmer flag at the Red Fort. Several Delhi Police personnel had sustained injuries after protesters clashed with them.

Accused of being the 'key conspirator' of the violence, Mr Sidhu was arrested in February 2021. He was later released on bail in April.

In a voluminous chargesheet filed by the Delhi Police Crime Branch against the actor and 15 others, Mr Sidhu was charged with rioting, attempt to murder, criminal conspiracy, dacoity and culpable homicide.

Mr Sidhu was from Punjab's Muktsar district and was a close aide of actor-turned politician Sunny Deol. He was actively involved in the BJP MP's campaign during the 2019 Lok Sabha elections.

However, after his role in the farmers' protests emerged, Sunny Deol disassociated himself from Sidhu, claiming he had "no relation" with the actor-turned-activist.

Farmer leaders too had distanced themselves from Mr Sidhu's actions after the Republic Day violence and had slammed him for defaming their agitation on the BJP's bidding.

His pictures with Prime Minister Narendra Modi went viral during the protests, triggering a controversy surrounding his association with the political party - a claim denied by Mr Sidhu.