State Nationalist Congress Party President Jayant Patil said they were not opposed to the Bhagavad Gita, but questioned the need to distribute it in educational institutions. 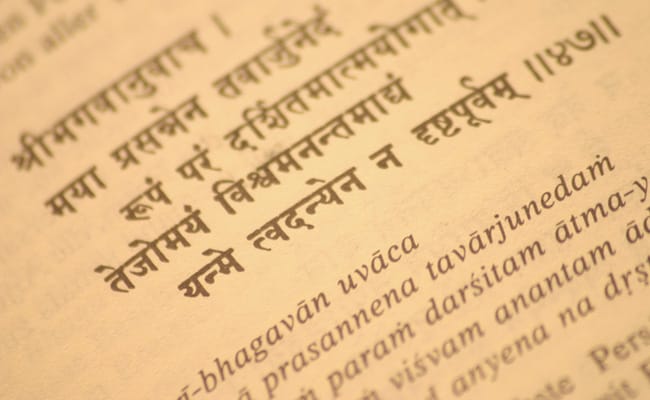 A circular on Wednesday permitted the distribution of Hindu holy book. (File)

After massive protests by the opposition parties over its purported decision to distribute free copies of Hindu holy scripture ''Bhagavad Gita'', the state government indicated it has halted the move, a prominent student union leader said on Thursday.

"We met the Joint Director of Higher Education, Rohidas Kale and registered our strong sentiments in the matter. He categorically assured us that the decision has now been stayed and a fresh order will be issued tomorrow (on Friday)," Chhatra Bharati Mumbai President Sachin Bansode told IANS.

The Directorate of Education had on Wednesday issued a circular permitting the A.C. Bhaktivedanta group to distribute the Hindu holy book to select top 100 colleges in Mumbai, which sparked off a huge political controversy.

On Thursday, major opposition parties attacked the ruling Bharatiya Janata Party-Shiv Sena in the legislature session in Nagpur, questioning the need to introduce a religious element to academics, but the government rejected the allegations.

Education Minister Vinod Tawde said that the proposal had come from the A.C. Bhaktivedanta group, Thane, which wanted to distribute free copies of the Bhagavad Gita, on which the Directorate of Higher Education took the decision.

"If anybody wants, we can also allow distribution of the Bible or Quran in colleges. But first, the opposition must clarify whether they feel Bhagavad Gita is not a good enough book to be distributed among the students," he hit back, trying to corner the opposition.

State Nationalist Congress Party President Jayant Patil said they were not opposed to the Bhagavad Gita, but questioned the need to distribute it in educational institutions.

Mr Tawde made it clear that the government has not ordered purchase of any copies of the Bhagavad Gita, nor was involved in the distribution of the holy book by the A.C. Bhaktivedanta group.

"Upon their request, we had provided them with the list of colleges which they had approached, plus they kept some copies at the DHE from where the colleges were asked to come and collect their quota," he said.

The Chhatra Bharati Mumbai and the Republican Vidyarthi Sena were among the student organisations which asked why religious books should be mixed in the academic curriculum.

The Bhim Army stepped into the picture by warning of an agitation if the distribution of ''Bhagavad Gita'' was not stopped immediately.

"Instead, the government must distribute copies of the Indian Constitution to the students," said a party spokesperson.

"The DHE has already said that a fresh circular stopping the distribution of Bhagavad Gita will be issued tomorrow (Friday). If they fail to do so, we shall launch an agitation outside its office," the spokesperson added.