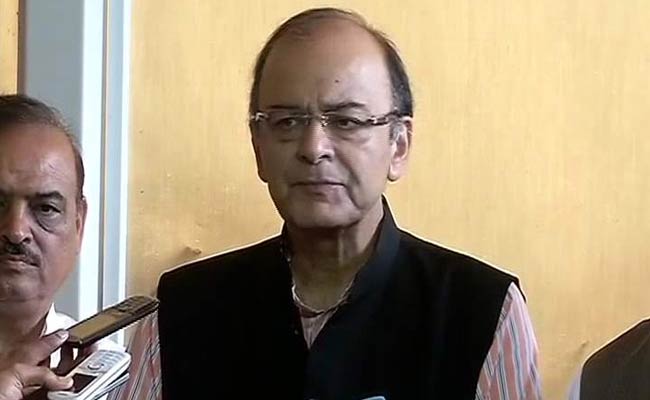 New Delhi: Finance Minister Arun Jaitley today kept up suspense on whether controversial land acquisition ordinance will be extended, saying a decision will be taken in the next 48 hours.

"Wait for next 48 hours (for a decision on land ordinance)," he said, when asked whether the government has taken a decision with regard to extend the ordinance which lapses on August 31.

The government yesterday issued a statutory order on Land Bill in lieu of re-promulgation of land ordinance. The order will ensure compensation for land acquired under 13 Acts and will safeguard the rehabilitation of land owners.

Replying to a host of questions at a function in New Delhi, Mr Jaitley made a case for lowering interest rates saying it was essential to raise the growth rate to 8-10 per cent.

"If we have to jump to 8 per cent plus or 8-10 per cent growth bracket than all the stalled projects (have to be revived) and cost of capital have to go down," Mr Jaitley said.

Although Reserve Bank reduced the benchmark interest rate by 0.75 per cent in three tranches since January, it maintained the status quo at its policy action earlier this month despite pressure from industry and Finance Ministry. The next monetary policy is due on September 29.

The government, he said, was working on the process of ease of doing business, bringing in bankruptcy law, rationalising taxation and introducing proper public procurement policy.

These are couple of areas on which work is in advanced stage,  Mr Jaitley said.