Read inOther Languages
This Article is From Apr 25, 2020

It is not necessary at this stage to impose hardships on government servants and also on the armed forces people, says Manmohan Singh. 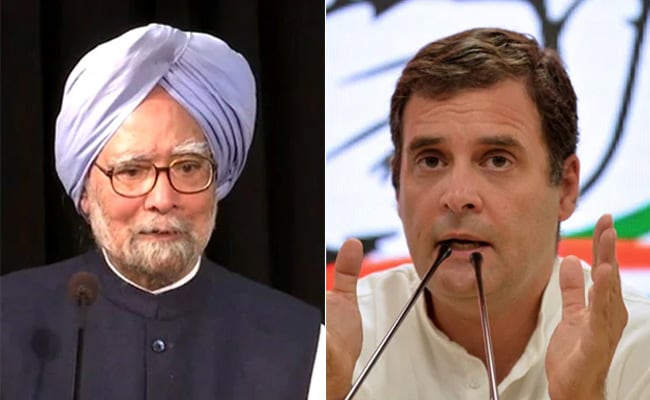 The Congress criticised the government's move to freeze the hike in Dearness Allowance.

Former Prime Minister Manmohan Singh, Rahul Gandhi and former union minister P Chidambaram were among a group of Congress leaders who went on a zoom conference call to criticise the government's move to freeze the hike in Dearness Allowance for thousands of government employees amid the coronavirus crisis.

"I sincerely believe it is not necessary at this stage to impose hardships on government servants and also on the armed forces people," said Manmohan Singh in the video posted by the Congress on Saturday.

"We should be on the side of people whose Dearness Allowances are being cut," said the 87-year-old two-time Prime Minister.

Rahul Gandhi, who had earlier called the move "inhuman and insensitive", raised what he called extravagance in projects like the Central Vista beautification in Delhi.

"You are building a central vista at the same time. So either you are not doing these extravagant expenditures...But you are taking money from the middle class, not giving it to the poor, and you are spending it on your central vista," said the Congress MP.

The Finance Ministry on Thursday paused the hike in Dearness Allowance (DA) for central government employees and Dearness Relief (DR) for pensioners till July next year. No arrears will be paid either, said the ministry. The move will help save Rs 37,350 crore in financial years 2020/21 and 2021/22.

"We can make the point that when you have not cut back expenditure on bullet train, on the central vista development...those are the programmes which should first be put on halt, before you halt people's DA," said P Chidambaram, a former finance minister.

Some Rs 20,000 crore has been sanctioned for the Central Vista redevelopment project to revamp the parliament complex among others. Rs 5,600 crore has been allotted for a bullet train project linking financial capital Mumbai with Gujarat's Ahmedabad by 2022, to mark the 75th year of Independence.