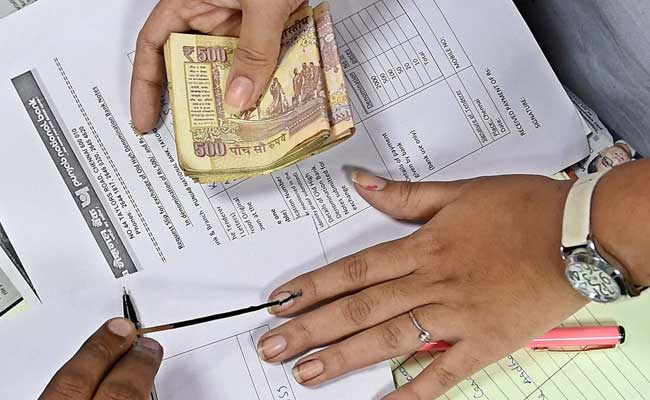 After notes exchanges deadline, people have time to exchange old notes at RBI counters till March 31.

New Delhi: The 50-day deadline to deposit the old Rs 500 or 1,000 notes in banks comes to an end today but the cash crunch and queues before ATMs are likely to continue for some more time as currency printing presses have failed to meet the huge demand for new bills.

People will still have time to exchange the currency notes at designated RBI counters till March 31 after giving valid reasons for not depositing defunct notes in their accounts by December 30.

The government has come out with an ordinance, making possession of more than 10 notes of old Rs 500 and 1,000 denominations for numismatic or curation purposes, illegal and punishable with a minimum fine of Rs 10,000.

The banks started accepting deposits in scrapped notes from November 10. However, a very few ATMs opened on November 11, as most of the machines had to be recalibrated, for people to get cash which was available in Rs 2,000 denomination.

Saddled with cash crunch, banks resorted to rationing of valid currency notes and fixed a withdrawal limit of Rs 24,000 per account in a week.

Although the overall situation at banks has improved, ATMs still have to do some catching up. Many cash vending machines are still out of cash even after 50 days since demonetisation or notes ban.

The government move was sharply criticised by the opposition parties led by Congress, Trinamool Congress and the Left front.

Promoted
Listen to the latest songs, only on JioSaavn.com
After the demonetisation, the government had fixed a limit of Rs 24,000 per week on withdrawal from bank accounts and Rs 2,500 per day from ATMs in view of the currency crunch. Bankers believe that restrictions on withdrawal of cash from banks and ATMs are likely to continue beyond December 30.

The government and the RBI have not specified when the restrictions will be withdrawn. Finance Secretary Ashok Lavasa had said the withdrawal cap would be reviewed after December 30.