Leading milk suppliers Amul and Mother Dairy each hiked milk prices by up to Rs 2 per litre only a few days ago. 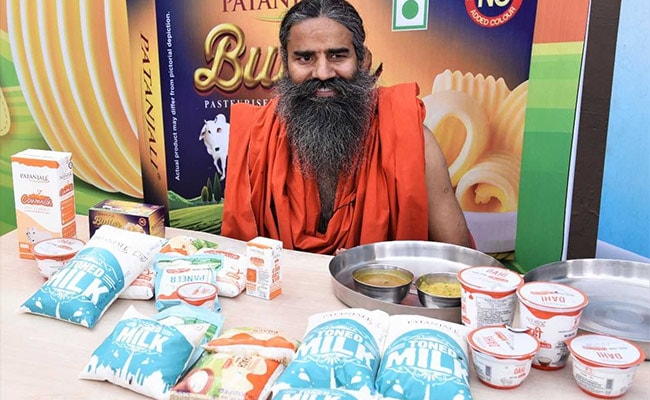 Days after leading milk suppliers Amul and Mother Dairy each hiked milk prices by up to Rs 2 per litre, new entrant in the dairy industry Patanjali Dairy has launched its toned milk and cow butter products at a cheaper rate than the other leading dairy companies in the states of Delhi NCR, Rajasthan, Haryana and Maharashtra.

"Keeping in view the increasing demand of toned milk in the country, Patanjali is now selling milk at Rs 40 per litre, which is Rs 4 cheaper than what other companies are selling," Yoga guru Ramdev, co-founder of Patanjali Ayurved said.

"As of now, our aim is to provide at least 4 lakh litre daily. This has given huge respite to the consumers, as the two leading dairy companies - Amul and Mother Dairy - have increased milk prices," he added.

Ramdev said the company buys milk directly from farmers. "We transfer money directly into the bank accounts of over 15,000 farmers," he claimed.

Mother Dairy, the leading milk supplier in the national capital region, last week hiked milk prices by up to Rs 2 per litre citing higher procurement cost from farmers. On May 20, Amul announced an increase in the price of its milk by Rs 2 per litre across several states to compensate for an increase in production costs.