Zaira Wasim's car fell into the Dal Lake afte the driver lost control. Zaira and her co-passengers was rescued by some local people 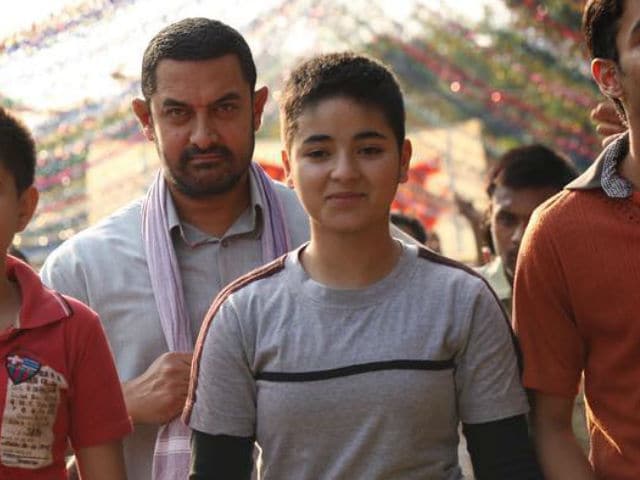 New Delhi: Actress Zaira Wasim was involved in an accident at the Dal Lake in Kashmir on Thursday, reported news agency IANS. The 16-year-old actress, who played Aamir Khan's onscreen daughter in 2016 film Dangal, was on the Boulevard Road in Srinagar when the car she was travelling in went out of the driver's control and fell into the Dal Lake. Zaira, who escaped unhurt, and her co-passengers were rescued by the locals, reported IANS. "Locals immediately rescued her and her companion. She escaped unhurt, but her companion sustained injuries in the accident," a local told IANS.

Zaira Wasim played the role of Geeta Phogat in Dangal, which was a biopic on wrestler Mahavir Singh Phogat. Zaira Wasim's excellent performance in film fetched her National Film Award for Best Supporting Actress. "It is very encouraging to receive an award of this stature in my debut film, the appreciation has only got me more excited to work harder," she said after winning the award.

Promoted
Listen to the latest songs, only on JioSaavn.com
In January, Zaira Wasim was trolled for meeting Jammu and Kashmir chief minister Mehbooba Mufti. Zaira posted and then deleted a Facebook apology after she was criticised for the meeting. Aamir Khan and other Bollywood celebrities had tweeted in favour of the young actress.