Cyclone Yaas Review: PM Narendra Modi and Odisha Chief Minister Naveen Patnaik reviewed the damage caused by Cyclone Yaas. PM Modi is scheduled to leave for West Bengal this afternoon after an aerial survey of the cyclone-hit Balasore and Bhadrak districts in Odisha. 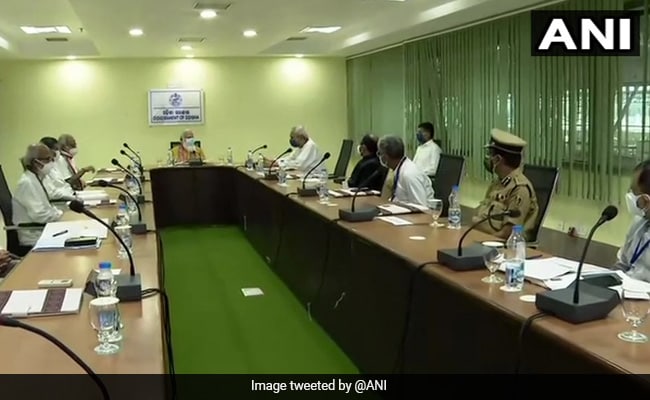 Prime Minister Narendra Modi today reviewed the post-cyclon situation and damages caused by Cyclone Yaas at a meeting in Odisha.

The review meeting happened at the airport conference hall, and is expected to continue till mid-day.

Cyclone Yaas, with wind speeds up to 145 kmph hit parts of the east coast on Wednesday, killing at least four people and leaving behind a trail of damaged homes and flooded farmland, forcing more than 21 lakh people to be evacuated to safe shelters in the states of West Bengal, Odisha and Jharkhand.

The Prime Minister is scheduled to leave for West Bengal this afternoon after an aerial survey of the cyclone-hit Balasore and Bhadrak districts in Odisha.