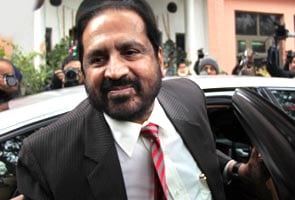 The investigating agency is all set to register new FIRs against  other CWG officials too for making money in renovation of stadiums.

There are reports that the CBI has got complaints from the Central Vigilance Commission (CVC) saying in some of the cases, decisions were taken at the last moment to help contractors charge more.

Till now, the CBI has registered four FIRs in the Games probe naming close aides of Kalmadi.