CV Raman Birthday: The Indian scientists was awarded the Nobel Prize in Physics in 1930 for discovering the Raman Effect. Every year, National Science Day is celebrated to commemorate discovery of the 'Raman Effect' on February 28. 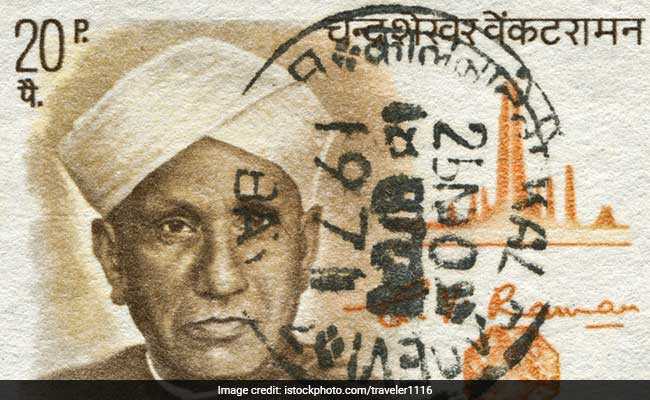 CV Raman or Chandrasekhara Venkata Raman was a nobel laureate, an imminent Physicist and Bharat Ratna. He was awarded the Nobel Prize in Physics in 1930 for discovering the Raman Effect. The Raman effect is the inelastic scattering of a photon by molecules which are excited to higher vibrational or rotational energy levels. It is also called Raman scattering. The Raman effect forms the basis for Raman spectroscopy which is used by chemists and physicists to gain information about materials. Every year, National Science Day is celebrated to commemorate discovery of the 'Raman Effect' on February 28.

On CV Raman's birth anniversary today, tributes poured in for the great scientist on Twitter.

Heartfelt tribute to Bharat Ratna Dr C V Raman, who put the Nation on the world map in the field of science by becoming the first Indian to win the Nobel for Physics in 1930. The Raman Effect will light up the hearts and minds of generations to come.#CVRamanpic.twitter.com/oqYwJ7tyfe

Remembering one of the greatest Indian physicists of the modern era, Bharata Ratna Dr. C V Raman on his birth anniversary. He will forever be remembered for his scientific accomplishments. #CVRamanpic.twitter.com/ERW0RVkEWv

In 1921 on a voyage from England to India, #CVRaman faced a question-Why does sea appear blue whereas a glass of water is just colourless? His research culminated with him being awarded the 1930 @NobelPrize in Physics for #RamanEffect

AIR remembers him on his birth anniversary! pic.twitter.com/gcjFMqJfu4

My humble respects to Shri #CVRaman, on his 131st Birth Anniversary.
His contribution towards the evolution of science, in what would later on be referred as the #RamanEffect, fetched him the #bharatratna besides making him the first Asian to receive the #NobelPrize in Physics. pic.twitter.com/IA4cgNZSRh

Tributes to one of the greatest physicist and Nobel Laureate, Sir #CVRaman on his birth anniversary. pic.twitter.com/mZMz3uBfJN

CV Raman was also a great teacher and his motivational quotes have been inspiring for the world. Here are some of his inspiring quotes.

Ask the right questions, and nature will open the doors to her secrets I am the master of my failure… If I never fail how will I ever learn.

You can't always choose who comes into your life but you can learn what lesson they teach you Success can come to you by courageous Devotion to the task lying in front of you.

I strongly believe that fundamental science cannot be driven by instructional, industrial and government or military pressures.

If someone judges you,they are wasting space in their mind…Best part, it's their problem.