Read inOther Languages
This Article is From Dec 15, 2019

Earlier, two protesters were killed on Friday in police firing in the state capital amid a raging agitation. 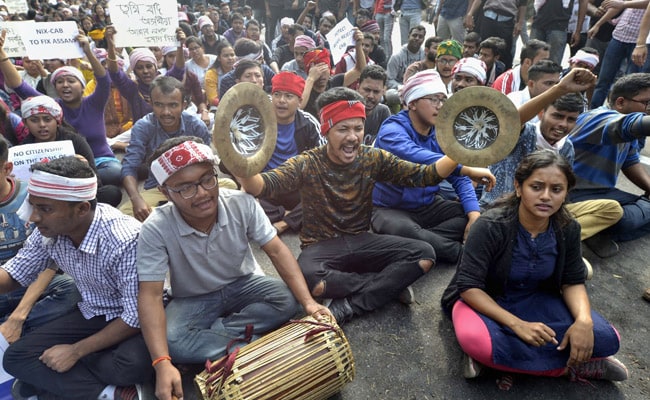 Protests have been going on across the northeast against the Citizenship (Amendment) Act.

Three more protesters injured in police firing during demonstrations against the Citizenship (Amendment) Act or CAA have died in Guwahati, taking the total number of deaths in violence in Assam over the controversial law to five. Protests erupted across northeast after the legislation cleared parliament earlier this week, prompting authorities to impose restrictions.

Earlier, two protesters were killed on Friday in police firing in the state capital during a raging agitation. About 26 people had received bullet or pellet injuries during the demonstrations and they are undergoing treatment, Assam police chief BJ Mahanta said.

In Guwahati, curfew was relaxed from 9 am to 6 pm today, police said, adding that restrictions were also relaxed in some parts of Dibrugarh for around eight hours.

After days of violence, normalcy returned to the state capital this morning. Locals were seen using public transport and shopping in markets as peaceful protests continued.

Protests have been going on across the northeast against the Citizenship (Amendment) Act for more than a week. Mobile and internet services remain suspended till Monday in 10 districts of Assam. The Army has also been called out to parts of the northeast to control the protests. Curfew has been in place in Meghalaya and Nagaland too apart from Assam.

Violent protests have also taken place in Delhi and parts of Bengal.

The controversial law, which was passed by the parliament earlier this week, seeks to grant Indian citizenship to non-Muslim refugees from Afghanistan, Pakistan and Bangladesh. The protesters in the northeast have claimed the law is an "attempt to rob the region of its identity".

The centre today tried to allay fears among locals over an influx of Bangladeshi Hindu refugees in a series of tweets on the official Press Information Bureau Twitter handle. "No foreigners will get citizenship automatically by the Act. A prescribed authority will scrutinise each application submitted for citizenship; and only those persons complying with the criteria specified in the Act will be granted Indian citizenship," one of the tweets reads.

Earlier today, Prime Minister Narendra Modi congratulated the people of Assam for "keeping away from violence" amid widespread protests against the citizenship law in the northeast as he blamed Congress for demonstrations. "You can easily make out who is spreading violence by the clothes they wear," he said. Singling out the Congress, he said the party, in a first, was doing what Pakistan did on the government's move on ending Article 370 or after the Supreme Court verdict on Ram Janmabhoomi -- organising protests outside Indian embassies abroad.