"Culprits Should Be Hanged": Father Of Dalit Girls Raped, Strangled In UP

Lakhimpur: The bodiesof the girls havebeen handed over to the family members for performing their last rite, police said. 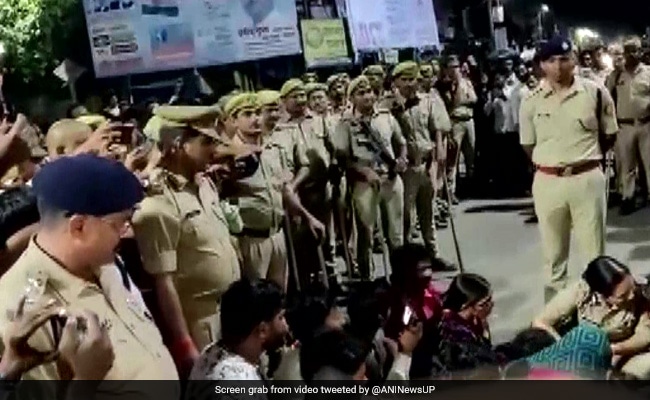 Lakhimpur: The father of the girls also questioned the police action and demanded compensation.

A day after two Dalit minor sisters were found hanging from a tree in Lakhimpur Kheri district of Uttar Pradesh, their father on Thursday demanded that the "culprits should be hanged."

"My daughters were kidnapped from the house and then raped and murdered. I demand justice. The culprits should be hanged," said the father of the girls. He has also questioned the police action and demanded compensation.

Meanwhile, autopsies of the victims have been done and the report will be submitted to the court and a copy will be handed over to the district Superintendent of Police (SP).

"A panel of doctors in the presence of a videographer conducted the post-mortem. The report will be submitted to the court and a copy will be handed over to the SP," said Chief Medical Officer Arunendra Tripathi.

Additional Director General (law and order), Prashant Kumar said the bodies have been handed over to the family members for performing their last rites.

"We received information that the bodies of the two sisters were found hanging on September 14. All accused were arrested within 24 hours. One of the accused got injured during police proceedings. Autopsies have been done and the bodies handed over to the family," said Mr Kumar

The accused have been booked under relevant sections of the Indian Penal Code and the Protection Of Children from Sexual Offenses Act (POCSO) Act.

According to the SP, accused Junaid was arrested in an encounter where he was shot in the leg.

The SP said that the accused were "friends" with the girls.

"The girls were yesterday lured to the farms and raped by Sohail and Junaid. After the girls wanted the accused to marry them, Sohail, Hafizul, and Junaid strangled and killed them. They then called Karimuddin and Arif and hanged the girls to eliminate any proof," Mr Suman said.

All the accused persons other than Chotu were from Lalpur village in Lakhimpur Kheri, he said.

Chotu, who was a neighbour of the girls, had introduced the two girls to these men and he too has been arrested, the SP added.