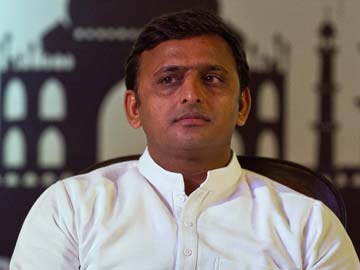 Lucknow: Uttar Pradesh Chief Minister Akhilesh Yadav has apparently dumped his free laptop scheme besides a series of pet projects after his Samajwadi Party's rout in the national election.

The state government's Rs 2.75 lakh crore budget presented in the UP Assembly today makes no fresh allocation for the laptop scheme, indicating that the flagship project was being abandoned.

"Why should I say yes or no to your questions?" the Chief Minister told reporters who sought a clarification. He only said his government's focus would now be on "e-books and e-learning."

No fresh provision has been made either for other populist schemes like unemployment allowance and a scholarship for girls known as "Kanya Vidya Dhan".

Sources say the Samajwadi Party assesses that these schemes, despite their political promise, did not translate to votes. The party won just five of UP's 80 parliamentary seats in the polls that saw the BJP sweeping the state and coming to power at the Centre.

BJP's Shahnawaz Hussain remarked, "The SP government wanted to get votes by showing lollipops. They are now taking revenge on the people by withdrawing the scheme."

Pilloried for poor law and order after a spurt in crime, state government has also set aside a staggering Rs 1,24,00 crore for upgrading its police force.

Mr Yadav announced that more allocations will be made for rural development and new job schemes, but didn't specify.  Rs 23,928 crore has been allocated for power.

Since the election drubbing, the Chief Minister has been facing sharp criticism even from within his party and has rejigged his cabinet.

Promoted
Listen to the latest songs, only on JioSaavn.com
The ambitious laptop scheme cost the state government heavily; it owes Rs. 900 crore for the freebies that Mr Yadav promised while campaigning for the 2012 assembly elections.

The government distributed almost tens of thousands of laptops at various rallies across the state but some four lakh laptops were left in godowns as the Chief Minister wanted to hand them out personally. Some laptops were badly damaged just lying in storage.