AP Maheshwari, several senior CRPF officials have also given their samples for testing, sources said. Almost 20 CRPF officers are under home quarantine since the last couple of days as a precautionary measure. 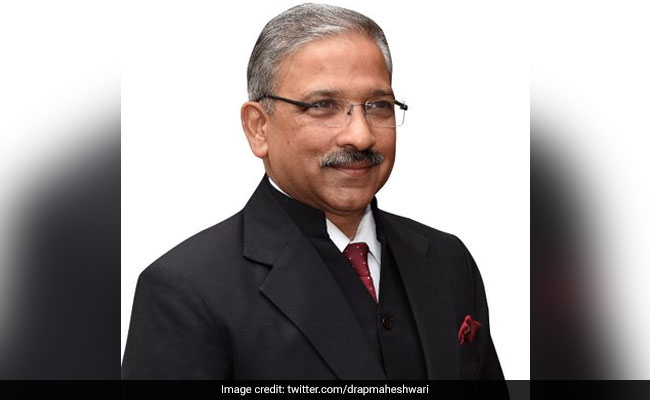 AP Maheshwari has given his sample testing and put himself under self-isolation.

With a top medical officer of the Central Reserve Police Forces (CRPF) testing positive for coronavirus, agency's chief AP Maheshwari, who came into indirect contact with him through an official, has given his sample for testing and put himself under self-isolation.

As many as 20 senior officers of the security force have been placed under home quarantine.

Apart from Mr Maheshwari, several senior CRPF officials have also given their samples for testing, sources said. Almost 20 CRPF officers are under home quarantine since the last couple of days as a precautionary measure.

"We are already working with skeleton-staff but since a CMO has tested positive for COVID-19, we have been asked by the top brass to be on home quarantine. 20 officers are on home quarantine and DG along with other officers have given samples for testing," a senior CRPF official told ANI.

"Except for the CMO of CRPF who tested positive and is undergoing treatment, none in the chain ahead have shown any signs of the disease so far. However, the DG, as a precautionary measure has advised all officials concerned to restrict their movements and strictly work from home to break the chain, if any exists. The DG has also set an example by following the same protocols himself," CRPF said in a statement.

Mr Maheshwari had on Sunday tweeted and said, "Greetings, As a precautionary measure I have completely restricted my movement being part of my responsibility to break the chain, and working from home, till clarity on health check-up of concerned officials emerges."

Sources also said that a security official, who was in touch with the CMO, who tested positive, had gone to Chhattisgarh along with the DG recently.

According to the Ministry of Health and Family Welfare on Sunday morning there are 3,374 confirmed cases of COVID-19 in the country, including 266 people who have been cured and discharged and 77 deaths.