In the backdrop of 40 personnel losing their lives in the last few months in Chhattisgarh, CRPF commanders have been told that the safety of jawans and troops in operations and the overall success of operations is the most important thing. 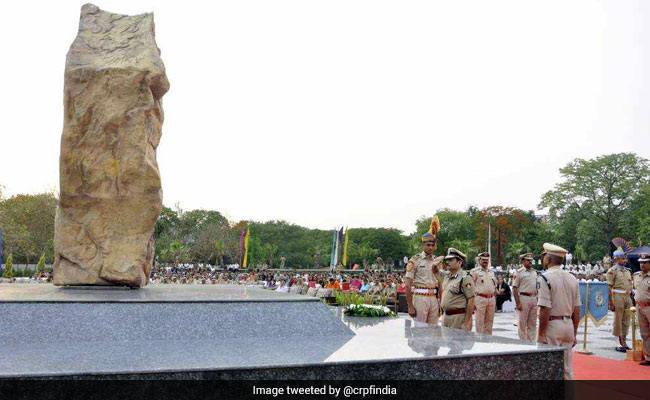 New Delhi: CRPF commanders have been asked to "ensure" that jawans come back safe from operations, the new chief of the paramilitary force has said in the backdrop of 40 personnel losing their lives in the last few months in Chhattisgarh.

Rajeev Rai Bhatnagar, a 1983-batch IPS officer who took charge of the country's largest paramilitary force two days after 25 troops were killed in Sukma on April 24, said he has made it clear to his commanding officers in Bastar and other theatres of duty that the operations should be result-oriented and well planned, with safety of jawans being of paramount importance.

"I have told them that the safety of jawans and troops in operations and the overall success of operations is the most important thing," the CRPF Director General (DG) told PTI.

Both these points are essential in order to keep the motivation and morale of the men high. A success brings further positive results and in the last few weeks, there have been some good operations in the Bastar area and other left wing extremism-hit states, he said.

Bhatnagar said he has traveled to all the theatres where the force is deployed -- be it LWE, militancy and law and order in Jammu and Kashmir and counter-insurgency in the Northeast-- and has asked his men to take action based on good intelligence inputs.

"We are working to enhance and provide our teams with better equipments and gadgets, scientific aids and dog squads so that they are aware of the terrain they are working in and are able to take on the Maoists in a better capacity.

"It has been told to the commanders that the teams that go out should be briefed well, equipped with arms, ammunition and other logistics," he said.

He added that good results have come since the last few weeks, with the Central Reserve Police Force (CRPF) apprehending and neutralising many ultras in the Naxal violence hit areas.

The CRPF is getting more personnel from state police forces, be it Chhattisgarh or other states, to undertake joint operations. "I am sure these operations will bear results for us," he said.

PTI had reported that the CRPF had suspended the company commander (an Assistant Commandant rank officer) while it had transferred out the Commandant of the battalion whose 25 troops were killed in a deadly ambush in Sukma's Burkapal on April 24.

Days before this incident, on March 11, 12 CRPF personnel were killed when they were out providing security to road construction work in the same district near Bheji.

The departmental inquiries in these cases are going on, the DG said.

A senior official said the CRPF is procuring smart Unmanned Aerial Vehicles (UAVs) to provide real-time data of the terrain and possible movement of Naxal cadres.

It will also get smart technology tools to effectively study the area of operation before launching an offensive and also keep track of teams once when out in the jungles.


(This story has not been edited by NDTV staff and is auto-generated from a syndicated feed.)
Comments
CRPF commandersSafety of jawansChattisgarh deaths