Wider Image: The Faces Of India's Covid Pandemic As Deaths Near 100,000

Reuters met and interviewed relatives of 30 people who died of the virus in India, from coastal Kerala on the country's southern tip to the Himalayan region of Kashmir in the north. 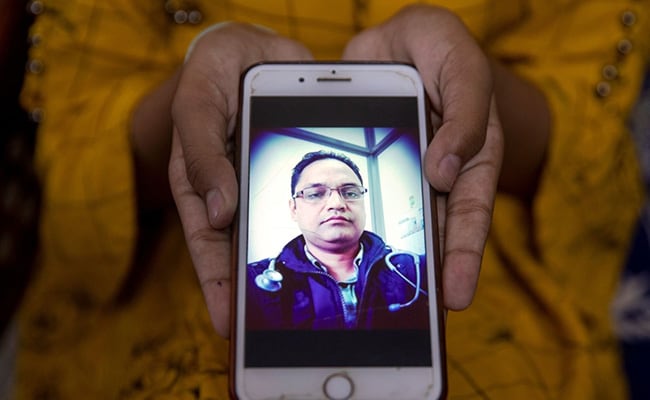 Aliza Ali, 12, shows a picture of her father Javed Ali, a government doctor, who died due to Covid

Eight months after the novel coronavirus arrived in India, the number of deaths because of it, is approaching the 1 lakh mark. Nearly 6.5 million people have been infected in total, second only to the number in the United States.

Reuters met and interviewed relatives of 30 people who died of the virus in India, from coastal Kerala on the country's southern tip to the Himalayan region of Kashmir in the north.

The 30 victims were ordinary people from all walks of life, and included police officers and doctors on the frontlines of the fight against the virus.

In what is still a conservative and developing country, some of the relatives said they faced ostracism after their loved ones caught the virus. Others said they have suffered from depression and money troubles. All said more could have been done to save the people who died.

Javed Ali, a 42-year-old doctor in New Delhi, died in July. His wife, Hena Kausar, also a doctor and now the sole carer for their two children, said she doesn't know what she will do without him.

"Our whole life has changed," she said. "I still want to be a doctor (but) I have to choose between my job and kids."

Nineteen-year-old student Fardeen Khan was orphaned after his mother Noor Jahan died in June. His father had died in 2018.

"I have no financial support now," he said. "I have no job"

Some relatives said they found the reaction from authorities and neighbours after their bereavements difficult to bear.

Sunita Patil's husband Vivek, a 46-year-old music teacher, died suddenly at home in Mumbai before a bed at a local hospital became available. The next morning, she said, municipal workers came to the house shouting for them to come outside to be taken to a quarantine centre.

"They were not sensitive to the fact that there has been a death in the family just a day back, and we are in mourning," she said.

"What really upsets me more than the healthcare system was the behaviour of society," he said.

"My sister's neighbourhood boycotted her family. There was no emotional or moral support even after her death. Society failed us."

India's rudimentary healthcare system has at times struggled to cope with the huge number of coronavirus cases.

Many of the victims' relatives said there were missed opportunities to cure the infected.

Jamal Khan, a 41-year-old farmer, developed a fever in August in the Bijnor district of Uttar Pradesh.

His brother, Asim, said local doctors failed to realise he was COVID-positive. It was only when he was transferred to Delhi, ten days after he first became ill, that he was diagnosed.

By then, his lungs were badly damaged, and he died soon after, according to Asim.

Rekha Khandait's 58-year-old husband Jayant is one of more than 200 police officers who died from the virus in the western state of Maharashtra alone. She was one of several people who said a lack of oxygen contributed to the death.

"I can't believe that six months have passed, she said. "I still haven't told our son yet about his death."

Tilak Raj, a 38-year-old software engineer, said when his mother Krishna Devi was hospitalized, there was no oxygen in the ambulance. When they arrived at the hospital, the cylinder that was provided was empty in five minutes.

"If we had a better health system, my mother would have survived," he said.