Officials at the Vidisha hospital, however, attributed the whole episode to "confusion". 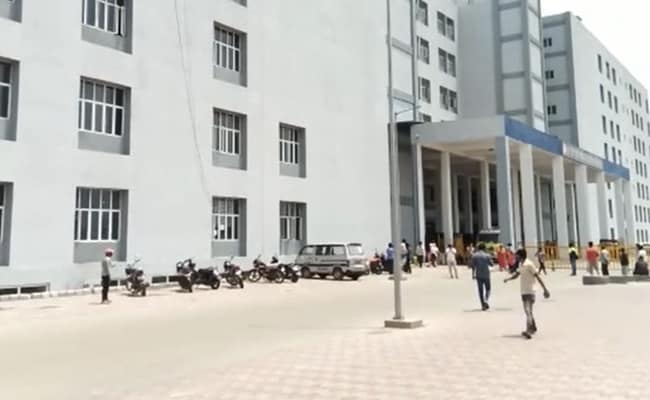 A nurse first declared the patient dead before the doctors could try and revive him.

A 58-year-old suspected Covid-19 patient was wrongly declared dead -- twice -- by authorities earlier this week at a hospital in Madhya Pradesh's Vidisha district. The second time the patient's family even prepared for his funeral rites, only for the hospital officials to admit the mix-up shortly after.

Gorelal Kori was on Monday admitted to Vidisha's Atal Bihari Medical College Hospital in critical condition owing to suspected Covid-19. He was put on a ventilator on Wednesday.

"The next day they called me to the hospital saying his condition was critical. After I reached, they said they could not save him. The nurse later told us he was breathing again," said Kailash Kori, the patient's son.

The doctors at the hospital then informed the family that he needs to be operated upon. The family gave its nod for the surgery on the same day.

58-year-old suspected #COVID19ON patient was declared dead twice by the staff of a government medical college in Vidisha, despite the elderly patient being alive with #Ventilator support @ndtv@ndtvindiapic.twitter.com/6KpkJp1iod

"They then informed us that he died during the surgery. Around 8.30 pm they told us that he had turned Corona positive during surgery. 'You won't get his dead body,' they said," Mr Kori's son told reporters.

On Friday morning, his family was preparing for the funeral at the cremation ground when the hospital staff informed it that Mr Kori was still alive but his condition remained critical and he was still on ventilator support.

"They declared him dead twice. This is irresponsibility," Kailash Kori said.

Officials at the hospital, however, attributed the whole episode to "confusion".