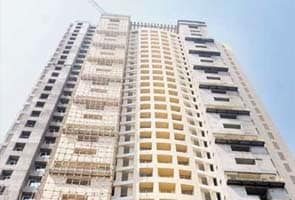 Mumbai: A special court here today extended the custody of six accused in the multi-crore Adarsh Society scam by four days to April 3 after CBI sought their remand claiming that some Southern Command Army officers were also suspected to be involved in the case and the agency wanted the accused to be confronted with them.

CBI said that custodial interrogation of the accused had revealed that some senior officials of Southern Command in Pune, while giving reply to a question raised in the Parliament about the status of the land on which Adarsh was built, had given a false reply that the land had never been under the occupation of the Army.

Subsequently, those officers became members of the society, the agency argued.

Promoted
Listen to the latest songs, only on JioSaavn.com
The senior officials in the chain of conspiracy who have become members of the society have been identified and are required to be confronted with the accused. The confrontation of accused with senior officials, who are not in Mumbai, may lead to further revelations that would help to reach a logical conclusion, the CBI stated.