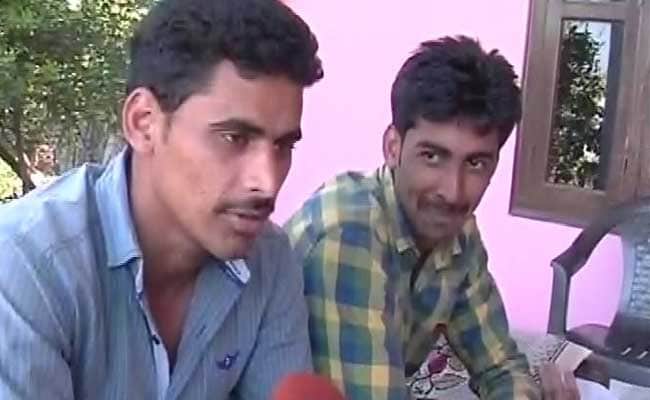 NEW DELHI: A short clip of two Sonepat girls belting three men in a Haryana roadways bus turned the two sisters fighting back the alleged molesters into national heroines in December 2014. Nearly 27 months later, a Rohtak court on Friday discharged the three men as the police probe report did not have the evidence to put the three men on trial.

Haryana police wrapped up the probe within six months and filed its report in the court in 2015. It hadn't been able to find any witnesses who could substantiate the molestation charge levelled by the two girls, Arti and Pooja Kumar. The bus passengers who did come forward supported the three men. According to the police, a polygraph test too didn't indicate the men were lying.

The three - Kuldeep, Deepak and Mohit - look visibly relaxed as they sit on a charpoy (netted cot) back in Assan village, about 15 km from the Rohtak court. They had spent a night in jail, but they talk how the case had cost them dear.

"Both Kuldeep and I were interested in joining the army. We had already cleared the medical and physical tests. But we were debarred from sitting for the written exam due to this case," said Deepak.

"Now we are too old (to apply again)". The maximum age to get into the army or the constabulary of the paramilitary forces is 23. The court verdict came a year too late for him. He is 24.

Balbir, Kuldeep's father, who retired from the army, said he was heart-broken that his son could not follow his footsteps. "I had written an application to the police that it is my son who is getting beaten up, how is that these sisters are being treated as heroes? I even asked them to check my boy's background in his school and college," he said.

Kuldeep said they were on their way home after writing an exam in the state transport bus when the incident took place. An elderly lady had bought a ticket for the seat that she was meant to sit on. We had an argument on that and they abused us." he said.

"Suddenly they started to hit us with a belt. We are very satisfied now that finally the court has accepted, we are innocent," he added.

But this may not be the last that they have heard about the case.

Arti, 24, and Pooja Kumar, 21, who are completing their post-graduation in Gurgaon, are likely to appeal against the order in high court.

"We were shocked by the court order and disappointed," said Arti Kumar. "But we had problems with the line of Investigation right from the beginning... They kept asking us how many boyfriends we have and questioned our character. Exactly what does that have to do with the case?" she said.

Promoted
Listen to the latest songs, only on JioSaavn.com
She also blamed the media for treating them unfairly, giving them the publicity that they didn't ask for, first to make them heroes and later, to call them serial bullies when more videos emerged of them beating up men. "If we are seen in multiple videos standing up against what's wrong, how is that a problem?" she asked.

Their lawyer Attar Singh Panwar, who is planning to move the high court, said the witnesses had been managed. "The sisters stood by their statement, and even the conductor had then given a statement that the boys had misbehaved with the girls," he said, insisting that the three men had been discharged because the police didn't produce the evidence, not acquitted or pronounced innocent.