The High Court suggested setting up a panel of ASHA volunteers, home guards and nurses to carry out a door-to-door survey to ensure that the "dispersed" population in hill areas is vaccinated. 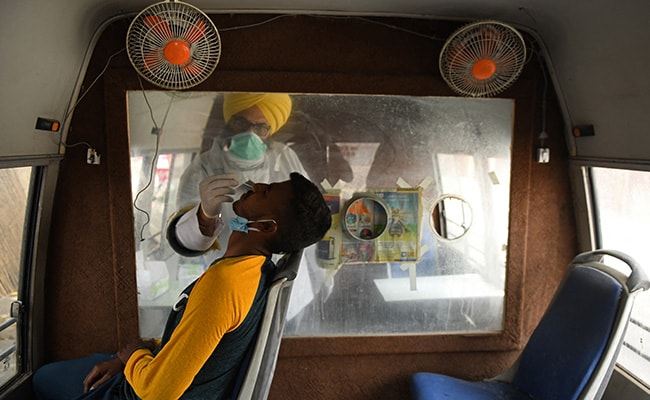 The COVID-19 deaths in Uttarakhand till Wednesday evening was 6,849 (File)

The Uttarakhand High Court has asked the state government to conduct an audit of the deaths that occurred during the second wave of coronavirus in the state, and also explore the possibility of carrying out door-to-door vaccination in remote hill areas.

Hearing petitions related to the state's handling of the pandemic, Chief Justice R S Chauhan and Justice Alok Verma asked the state government on Wednesday if a district-level task force can be constituted with the help of the social welfare department to cater to people who are unable to get their immunisation due to lack of ID cards.

Asking the state government to explore the possibility of creating a system that reaches out to people in the remote hill areas on priority, the High Court suggested setting up a panel of ASHA volunteers, home guards and nurses to carry out a door-to-door survey to ensure that the "dispersed" population in such areas is vaccinated.

The total number of COVID-19 deaths in Uttarakhand till Wednesday evening was 6,849.

In view of alleged irregularities in COVID testing in May, the state government has also been asked to file a full report on coronavirus tests conducted in the month.

The court also observed that private hospitals are charging patients arbitrarily for Covid treatment and reiterated the need to re-issue the mandate which must clarify the maximum fee.

Any hospital overcharging the patients must face legal consequences, it said.

The court further directed the state government to prepare a portal for the help provided by social organizations, NGOs and people of Uttarakhand origin, so that the helpers do not face any administrative difficulties.

The state government has also been directed to make arrangements for a possible third wave of coronavirus by creating isolation centres at the village level and to take the help of influential people of the state for creating awareness among people.

The court asked Tourism Secretary Dilip Jawalkar to be present in the court on June 16 when the matter will be heard next and also to create a cordial atmosphere among the Char Dham management, government and the priests.

The court also expressed dissatisfaction with the affidavit filed by Mr Jawalkar, saying "Secretary Tourism has simply been assessing the circumstances sitting in Dehradun and fulfilling the bare minimum of his duty by issuing letters whereas due to the upcoming Char Dham Yatra and tourist season, he should have visited Char Dham to understand ground realities".