Activists Can Stay Out Of Jail, Order Needs To Be Examined: Supreme Court

The Supreme Court said Natasha Narwal, Devangana Kalita and Asif Tanha could remain on bail but agreed to examine the legal aspects of the Delhi High Court verdict

The Supreme Court on Friday said it would not immediately interfere with a Delhi High Court order granting bail to student-activists Natasha Narwal, Devangana Kalita and Asif Iqbal Tanha, who are accused of conspiracy over the Delhi riots and have been charged under anti-terror law UAPA.

However, a two-member bench of Justices Hemant Gupta and V Ramasubramanian also said the Supreme Court would examine the bail order, noting that this case could have "pan-India ramifications" because of the way UAPA, or the Unlawful Activities (Prevention) Act, had been interpreted.

This will be heard next month, the Supreme Court said as it issued notices to the activists and stressed that the High Court order could not, in the meantime, be used as precedent for other cases.

Ms Narwal, Ms Kalita and Mr Tanha walked out of Delhi's Tihar Jail last night, two days after the High Court highlighted the distinction between the "right to protest" and terrorist activity, and granted bail.

Their release had been opposed by Delhi Police, which said the High Court, in permitting bail, had "conducted a mini-trial... (and) recorded perverse findings which are contrary to the record".

At today's hearing Delhi Police asked the Supreme Court to "stay the (High Court) order because (it) virtually records the acquittal of the accused" and others would seek bail using this as precedent.

"53 died and many were police officers... 700 were injured. The court says riots were controlled so UAPA is not applicable... How can the intensity of the offence be diluted?" Delhi Police asked.

"(Delhi) High Court watered down UAPA (and) it had been turned upside down," Delhi Police claimed.

The top court acknowledged that discussing all laws in a bail hearing was "something very surprising", and said: "We agree. There are many questions that arise. The issue is important and can have pan-India ramifications. We would like to issue notice and hear the other side."

However, the court also noted that bail had, in fact, been granted.

"They (the activists) will not be affected, but we will stay the effect of the High Court order," it said. 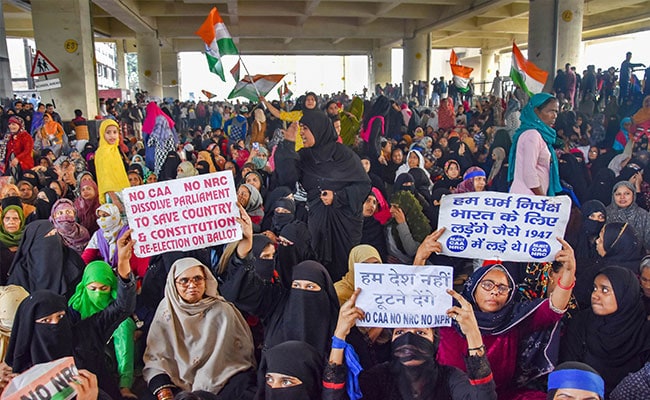 Solicitor General Tushar Mehta (appearing for Delhi Police) and senior advocate Kapil Sibal (appearing for the activists) agreed with the court's decision on both counts.

"The High Court has made wide-ranging observations. They (the activists) are out on bail... let them remain out but please stay the judgements... let it not be a precedent," Mr Mehta said.

"Staying this would mean the order is prima facie stayed. We too also have a lot to say. Let us not do this... in the meantime let us not treat the High Court order as a precedent," Mr Sibal said.

In the judgement for Ms Narwal and Ms Kalita, the High Court on Tuesday said: "In its anxiety to suppress dissent, in the mind of the State, the line between constitutionally guaranteed right to protest and terrorist activity seems to be getting somewhat blurred." 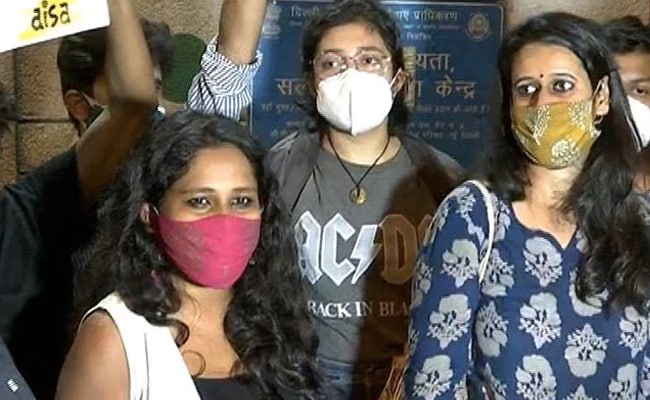 In the judgment for Mr Tanha it said: "The phrase terrorist act' cannot be permitted to be casually applied to criminal acts that fall squarely within definition of conventional offences under IPC."

The court also said there was a "complete lack of any specific, factual allegations.... other than those spun by mere grandiloquence" and "(such serious sections) must be applied in a just and fair way, lest it unjustly ropes within its ambit persons whom the Legislature never intended to punish".

Natasha Narwal, 32, Devangana Kalita, 31 and Asif Tanha, 25, were arrested in May last year.

Ms Narwal and Ms Kalita are PhD students at the Department of Women's Studies in Jawaharlal Nehru University. Mr Tanha is a BA student at Jamia Millia Islamia.

Violence broke out in the northeastern parts of Delhi in February last year after tension between supporters of the contentious Citizenship (Amendment) Act and those protesting against it.

Delhi Police have accused Ms Narwal, Ms Kalita and Mr Tanha of being the "masterminds".

Over 50 people died and around 200 were injured in the violence that followed.