Prime Minister Narendra Modi's administration is betting that nationwide portability of rations can help bring migrants back to cities after the world's largest lockdown -- imposed in March with just a few hours' notice -- left many without food or money. 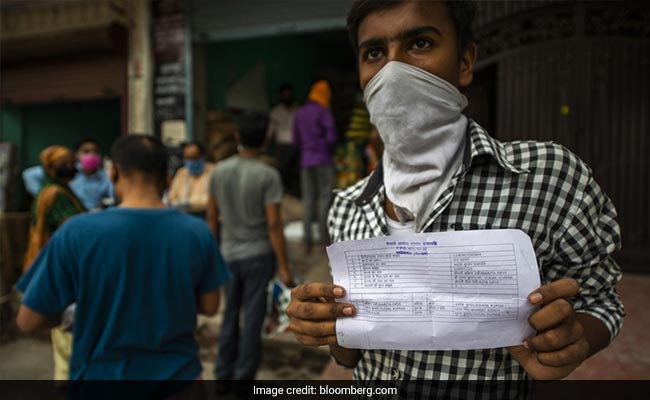 The "One Nation One Ration Card" system will include about 800 million people.

The coronavirus outbreak is accelerating a push to digitize India's food-rationing system, allowing citizens to receive entitlements anywhere in the country -- boosting labor mobility and the country's economic recovery.

The "One Nation One Ration Card" system will include about 800 million people under the world's biggest food-security program. Prime Minister Narendra Modi's administration is betting that nationwide portability of rations can help bring migrants back to cities after the world's largest lockdown -- imposed in March with just a few hours' notice -- left many without food or money.

Under the program, people are now allowed to take their quota of foodgrains from a "fair-price shop" anywhere in India by giving their ration card number and providing biometric authentication. Until now Indians could only receive the rations in their hometowns, which could discourage some from moving away in search of work. 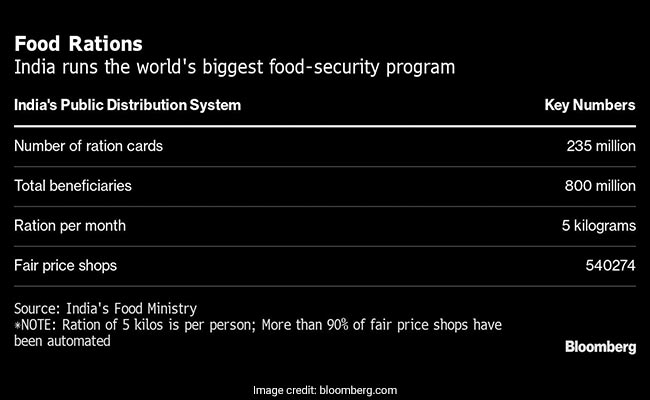 "One of the key challenges faced by the migrant workers in the cities at the beginning of the lockdowns was the lack of food security and a lack of access to foodgrains," said Ashwajit Singh, managing director of New Delhi-based IPE Global Pvt Ltd., which advises several multinational aid agencies. "It will certainly help get our labor force back into the cities."

With India's economy headed for its worst year in more than four decades, PM Modi has allowed factories to reopen even as the country grapples with the third-most Covid-19 infections in the world.

India's annual food-subsidy bill is more than 1 trillion rupees ($13.4 billion) -- almost 4% of the national budget -- as the government is required by law to provide 5 kilograms (11 pounds) of rice, wheat and coarse grains at subsidized rates as low as 1 rupee per kilogram. After the pandemic began PM Modi announced an additional 6 kilos a month per person until November, at a cost of 1.5 trillion rupees. 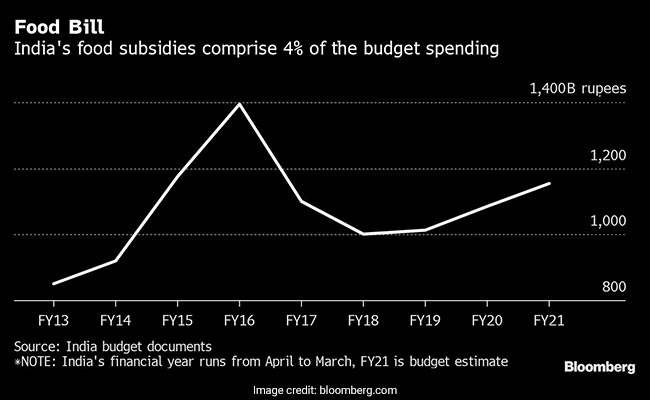 Multiple challenges -- from lack of documentation to supply management to technological hiccups -- could prevent the program from being a true game changer, experts say.

The ration program "is one of the measures that can reduce hardships for migrants, but they worry about other factors like decent housing, informality of employment, access to medical facilities, and the uncertainty surrounding the current pandemic," said Rajesh Bansal, senior adviser at Carnegie India. "Incentives in the form of assured social security benefits are also essential."

One Nation One Ration Cardcoronavirusfood-rationing