Without Shelter, Bengal Transport Workers Live In Buses Amid Lockdown

Coronavirus: Long-distance buses that left for their destinations on March 20 or 21 could not return to their depots owing to the announcement of the nationwide lockdown order. 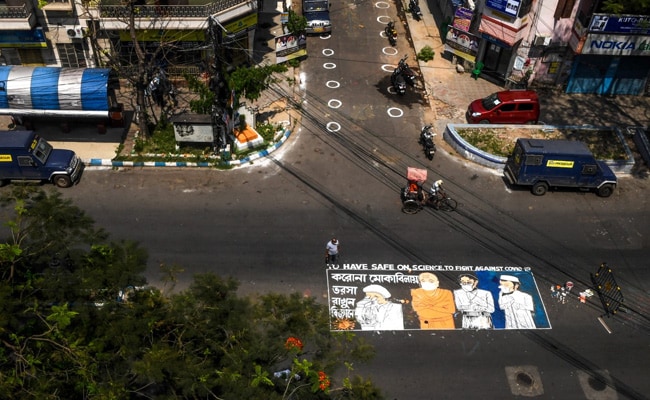 The stranded buses couldn't return to depots due to lockdown. (Representational)

Transport workers in West Bengal, who could not get back home amid the lockdown, have urged the state government to make arrangements for their meals and medical assistance, as many of them remained cooped up in buses in absence of any shelter.

Drivers and helpers, some of them residents of neighbouring Bihar and Jharkhand, have made buses their temporary homes, and were surviving on food distributed by local NGOs or samaritans, Rahul Chatterjee, the general secretary of ''All Bengal Bus Minibus Samannoy Samity'', said.

Long-distance buses that left for their destinations on March 20 or 21 could not return to their depots owing to the announcement of the nationwide lockdown order on March 23, a day after the nation observed ''janata curfew''.

"Around four to five thousand transport workers have been spending their days in difficulty across the state. They need ration and immediate medical help. We urge the government to send mobile medical units for their health check-up," Mr Chatterjee told PTI.

Owners of some buses have come forward to help these workers with money and other provisions, but that is not enough for their sustenance, given that the lockdown has been extended by another two weeks, he stated.

"Some of them have managed to go home, but those hailing from far-off places and other states have stayed put. The buses are parked at stands or nearby fields, and the drivers, cleaners and conductors who could not go home have huddled up in these vehicles," Mr Chatterjee added.

Echoing him, Tapan Banerjee, the general secretary of ''Joint Council of Bus Syndicates'', said many drivers and conductors are finding it difficult to make ends meet, in the midst of this crisis situation.

Families of these workers are also suffering in the absence of any succour, he said.

"I have written to the state government seeking ration and monetary help for these stranded workers through the Regional Transport Office (RTO) in each district, but they are yet to receive any assistance," Mr Banerjee added.