Covaxin and Covishield have both presented trial data to a panel of experts that forwarded its recommendation the centre, which then cleared them for emergency use 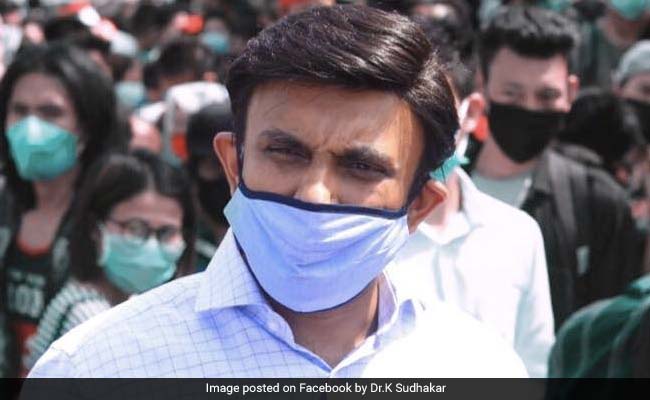 Karnataka healthcare workers will not be allowed their choice of coronavirus vaccines, Health Minister Dr K Sudhakar said Tuesday, hours after an association of resident doctors in the state said they were "very suspicious" about the safety and efficacy of Bharat Biotech's Covaxin.

"First of all... taking the vaccine is not mandatory. There is no choice given in selecting a vaccine as the DCGI (Drug Controller General of India) has cleared both Covaxin and Covishield. I humbly appeal to all doctors, citizens to accept Covaxin," Dr Sudhakar was quoted by news agency ANI.

The doctors had earlier said it was a matter of "great concern" that the centre had approved a vaccine with unknown Phase III trial results. They asked that only vaccines with data on both safety and efficacy be administered, or that they be given a choice of vaccines.

Covaxin and Covishield have both presented trial data to a panel of experts that forwarded its recommendation the centre, which then cleared them for emergency use in India. Karnataka received over eight lakh doses, of which 20,000 are Covaxin and the rest Covishield.

However, Covaxin's green light triggered criticism because the manufacturer has yet to release data from Phase III trials, which tests vaccine efficacy.

The drug was cleared based on data from Phase I and II trials, which test vaccine safety.

Concerns over Covaxin have been registered at multiple vaccination sites across the country; on Saturday doctors at one of Delhi's biggest state-run hospitals also expressed similar fears.

The centre has previously stressed that both vaccines are "110 per cent safe".

As he launched the vaccination drive on Saturday Prime Minister Narendra Modi repeated that assurance, as did Health Minister Dr Harsh Vardhan today.

However, the death of two people who received the vaccine - in Karnataka and UP - has done little to dispel fears. The centre, which has also ruled out a choice at this stage, has said neither was related to the vaccines.

On that day Karnataka, which has reported over 9.3 lakh cases so far and has around 7,865 active infections, registered a 62 per cent turnout. In the following weeks the state hopes to have around 70 to 80 per cent every session day, as it moves to protect healthcare and frontline workers.

Overall the country plans to vaccinate around one crore healthcare workers and two crore frontline workers in the first phase.