Four top medical specialists, who were selected to treat coronavirus cases in Hubei province and its capital Wuhan in the last two months, interacted with the foreign and domestic media for the first time through an online press conference from the virus-hit Wuhan city on Wednesday. 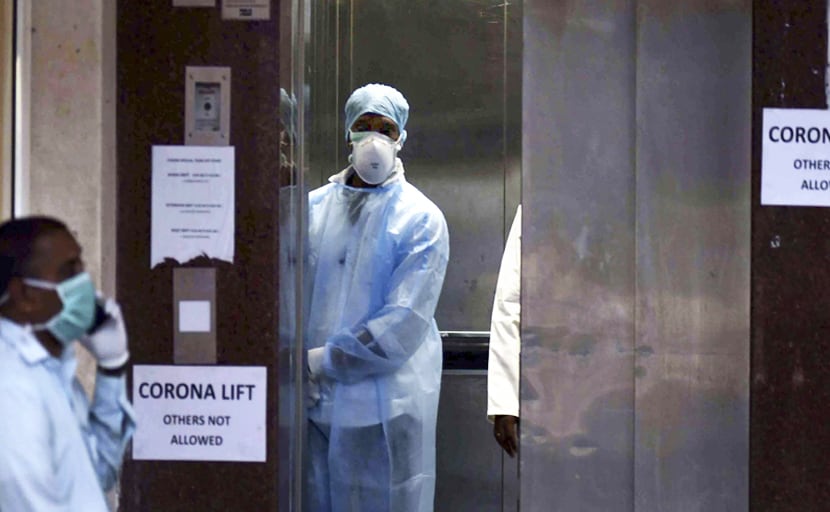 A total of 28 COVID-19 cases were detected in India so far.

As the dreaded coronavirus appeared to spread in India, top Chinese doctors treating patients in Wuhan, the epicentre of the outbreak, on Wednesday advised their Indian counterparts to prepare plans, train medical staff and educate the public about wearing masks and washing of hands to contain the disease.

Four top medical specialists, who were selected to treat coronavirus cases in Hubei province and its capital Wuhan in the last two months, interacted with the foreign and domestic media for the first time through an online press conference from the virus-hit Wuhan city on Wednesday.

While the coronavirus infections showed signs of receding in China with 38 new fatalities on Tuesday, taking the total number of deaths to 2,981. But countries around world grappled to contain the fast-spreading deadly virus that has claimed over 3,100 lives globally.

By the end of Tuesday, there were 80,270 confirmed cases of the virus in China, the National Health Commission (NHC) here reported on Wednesday.

A total of 28 COVID-19 cases were detected in India so far. Among them, one person was from Delhi, six of his relatives in Agra, 16 Italians and their Indian driver, one in Telangana and the three earlier cases in Kerala.

"China and India are the most important countries in Asia. We have some similarities like large population" with united families and similar medical system," Qiao Jie, President of the Peking University Third Hospital who was drafted for controlling coronavirus outbreak in Wuhan, said when asked what advise the Chinese experts would give to their Indian counterparts.

"The first important requirement is to have enough medical staff ready to treat the infections," Qiao said.

She said training for medical staff to treat mild and severe Covid-19 patients is important as it involved different training.

The training should include how to protect themselves putting on the protective clothing and take it off and prepare the much-needed equipment ready for both invasive and non-invasive treatment.

Qiao's emphasis on training medical staff it significant as over 3,000 medical staff including ten doctors and nurses died in Wuhan mainly due to lack of understanding of the virulence of the virus in its initial stages.

She also said the preparation of the rooms to treat patients is also important. For this particular virus, the rooms should have high-power exhaust fans to ensure change airflow which is crucial for both the patients and medical staff.

Mostly importantly, doctors must educate and train the public to wear masks and basic sanitation like constant washing of hands to avoid contracting the disease, she said.

"It is a very tough job, it has to be done not only by the health care workers but also the government," he said.

"Other departments such as police, transport etc also have to work together. That is the only way to control the epidemic not only in China but also in other countries," he said.

China has deployed over 30,000 medical staff including several thousand from the military in Wuhan to combat the virus.