Coronavirus lockdown: The group reached Kuchman railway station when Superintendent of Police Hemant Kutiyal came to know and rescued them. They hadn't eaten for the last four days, the police said 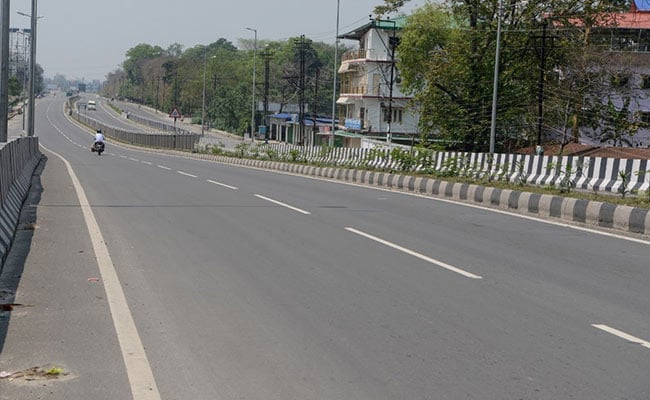 Coronavirus lockdown: All roads across India are mostly empty because of the shutdown

Sixteen people who have been walking from Uttar Pradesh's Varanasi to Samastipur, a distance of some 335 km, during the lockdown over the COVID-19 pandemic were rescued by the police.

They were walking along a railway track after they could not find transport to go home during the lockdown.

They said they were working in Calicut in Kerala and had managed to reach Jhansi by train just before the railways shut down services.

"From Jhansi, we took a lift from some trucks that were passing by and managed to reach Varanasi but for the onward journey, we have no option but to walk," one of them said.

The group reached Kuchman railway station when Superintendent of Police Hemant Kutiyal came to know and rescued them. They hadn't eaten for the last four days, the police said.

One of them said they were walking along the railway track to avoid getting lost.

The police officer said he has got permission to arrange a vehicle for the 16 to be sent home on Thursday.

In another incident, the police in Meerut said they rescued a labourer, his wife and four children who had been walking around in search of food. The family, including the children, has not eaten for more than 48 hours.

"The entire family was in a bad shape. But, thankfully, they reached well in time. We gave them food and some money too," senior police officer Bijender Rana said.

The labourer, Imran Ahmad, said they did not know how to survive the remaining period of the lockdown. He told the police that there are hundreds of labourers working at brick kilns who are facing a similar plight.

In Lucknow, the police distributed food packets to the homeless under a bridge in the city.