At least two people, including an elderly woman, died and three others were injured during the fightingin the Prem Nagar area of the district 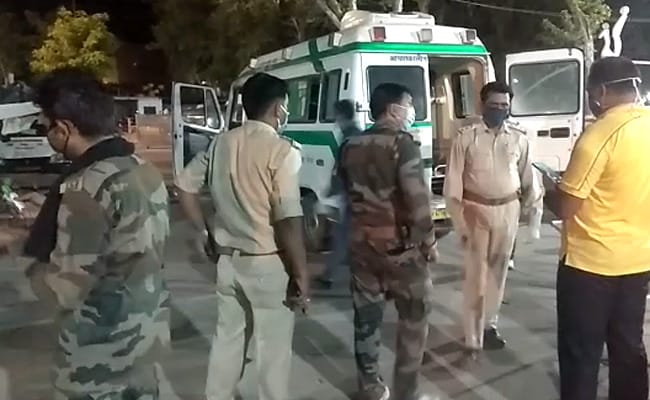 Police have filed an FIR and an investigation has been launched

Violence erupted in Madhya Pradesh's Bhind district on Friday after two groups of people undergoing coronavirus screening clashed over the scanning of a man who had recently returned from Delhi, one of the states most badly hit by the COVID-19 outbreak.

At least two people, including an elderly woman, died and three others were injured during the fighting in the Prem Nagar area of the district.

According to the police, the man over whom the violence broke out had been ordered to take a COVID-19 test by one of the groups. When he said that he had already been tested, the group refused to believe him and the ensuing arguments lead to violence.

The police have filed an FIR (first investigation report) and inquiries are ongoing.

This is the second instance of violence in Madhya Pradesh this week, as tensions run high amid a wave of stranded migrant workers either returning or being brought back to the state, or passing through on punishing treks home.

Several have expressed concern that the influx of people, particularly from coronavirus hotspots like the national capital, could lead to a surge in COVID-19 cases in the state, stressing already burdened health infrastructure.

Delhi has nearly 9,000 coronavirus cases and has reported 123 deaths linked to the virus. Madhya Pradesh has 4,595 confirmed cases and 239 deaths.

On Thursday, thousands of migrants went on the warpath in the town of Sendhwa, located near the Maharashtra border, after alleging the government had arranged neither food nor onward transportation.

Videos of the Sendhwa violence showed hundreds of people screaming and running along the highway. Reports from the spot also said stones were thrown at the police.

Earlier this month another protest took place - this time in the Barwani district - where migrants agitated against the sealing of the district. The migrants demanded they be allowed to enter and continue on their journey to hometowns and villages in Uttar Pradesh.

Barwani, which borders neighbouring Maharashtra, is used by migrants returning to Uttar Pradesh. The sealing left thousands stuck at a check-post in Bisjan city.