Nearly 150 people have tested positive for the virus in India and three COVID-19-linked deaths have been reported; the most recent was a 68-year-old Mumbai man who died Tuesday 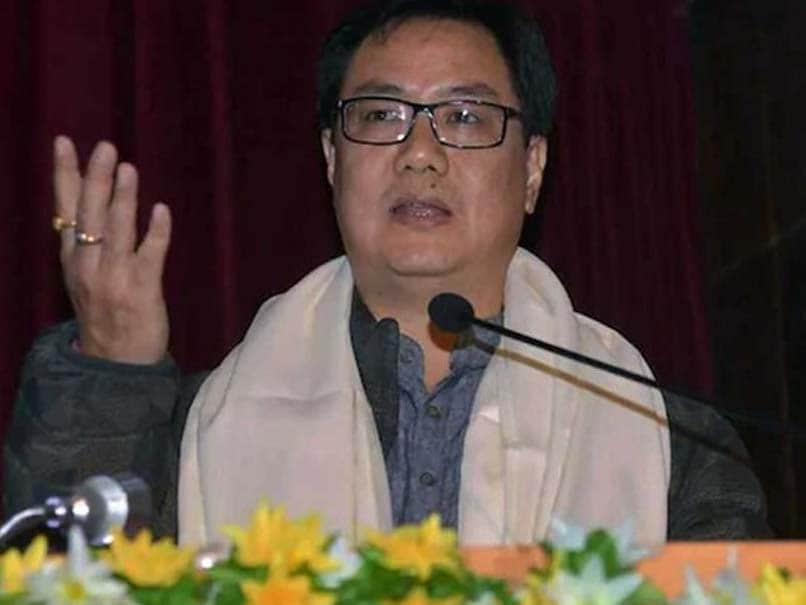 Union Minister Kiren Rijiju hit out today at "incidents of racial remarks" against people from the North East due to "cultural ignorance, prejudice and lack of understanding". Mr Rijiju, who is from Arunachal Pradesh, said the matter had been discussed the North East Division of the Home Ministry and states had been issued strict advisories to act against those making such remarks.

Indians from the North East have frequently been the subject of racist attacks by their compatriots over facial similarities to Chinese people.

According to the World Health Organisation (WHO), the novel coronavirus, or COVD-19, pandemic, which has now killed over 7,500 people and infected nearly two lakh others, began in China's Wuhan district.

"Some incidents of racial remarks against North East people have emerged in some parts of India in the wake of coronavirus due to cultural ignorance, prejudice and lack of understanding. Matter discussed with NE Division, MHA. Strict advisory is being issued," Kiren Rijiju tweeted this afternoon.

Some incidents of racial remarks against North-East people have emerged in some parts of India in the wake of #Coronavirus due to cultural ignorance, prejudice minset & lack of understanding. Matter discussed with NE Division, MHA. Strict advisory is being issued to the States.

Nearly 150 people have tested positive for the virus in India and three COVID-19-linked deaths have been reported; the most recent was that of a 68-year-old Mumbai man who died Tuesday.

As per the Union Health Ministry, only one confirmed COVID-19 case has been reported from the North East, so far. That one case is from Arunachal Pradesh.

Nevertheless, northeastern states have moved decisively to control the entry of people from affected countries. Earlier this week Assam and Tripura moved to restrict and ban, respectively, the entry of foreigners. Assam has also restricted entry of Indians from coronavirus-affected states.

Sikkim, Arunachal Pradesh, Mizoram and Manipur imposed a total ban on the entry of foreigners last week. In Nagaland, authorities have made masks mandatory for everyone. People have also been asked to carry sanitizers in public places.

Earlier today the government confirmed the first case of COVID-19 among India's armed forces. A 34-year-old soldier posted in Ladakh's Leh tested positive after his father returned from Iran. His family and his garrison have been put under lockdown.

The government also confirmed that 276 Indians stranded abroad - including 255 in Iran and five in Italy - had also tested positive for the virus.

In response to growing concerns about the COVID-19 outbreak in India reaching Stage 2 - which will see community transmission of the virus - the government has stepped up measures to contain the illness.

This includes closing down schools, cinemas, malls, gyms and major tourist sites, as well as urging people to stay at and work from home as far as possible.

The government has maintained it is prepared to minimise the fallout, but there are also concerns that the over-stretched health system in the country could struggle to handle a surge in cases.

Authorities have said they are trying to ramp up testing facilities amid criticism that it is not being aggressive enough to assess the spread of the virus and plan for its containment.