"No Judicial Interference": Centre To Supreme Court On Vaccine Policy

The centre had defended its policy - criticised for differential pricing, shortage of doses, and slow rollout - in an affidavit submitted to the court late Sunday night

India began the vaccine drive in January, with focus on healthcare and frontline workers (File)

The Supreme Court has adjourned till Thursday a hearing into the centre's vaccination policy, which has been criticised for differential pricing, shortage of doses, and a slow rollout.

This morning's hearing - held virtually due to Covid restrictions - began at 11 am but two minutes in there were technical glitches and the judges went off-screen.

A few minutes later the judges - Justices DY Chandrachud, LN Rao and S Ravindra Bhat - said the control room had gone down and they were adjourning the hearing to Thursday, so they had more time to analyse an affidavit filed by centre late Sunday night and which they only got today.

"Our server is down today. We judges had discussion among ourselves and have decided to take up the matter on Thursday," the court said.

The centre had filed an affidavit in response to questions posed by the top court last week. The affidavit defended its policy, urging against "judicial interference" and saying "overzealous, though well-meaning, intervention may lead to unforeseen and unintended consequences".

"In the context of a global pandemic, where response and strategy of the nation is completely driven by expert medical and scientific opinion, there is little room for judicial interference. Any overzealous, though well-meaning, judicial intervention may lead to unforeseen and unintended consequences... in absence of any expert advice or administrative experience, leaving doctors, scientists, experts and executive very little room to find innovative solutions on the go," the centre had said.

"Pricing of vaccines is not only reasonable but uniform across the country (after) government persuasion with two vaccine companies," the centre added, noting some states had announced plans to vaccinate the 18-45 age group for free.

The Supreme Court last week directed the centre to reconsider prices - "to ensure it withstands scrutiny of Articles 14 (equality before law) and Article 21 (protection of life and personal liberty)".

That was after manufacturers Serum Institute and Bharat Biotech announced vastly different prices for the centre, states and private hospitals. 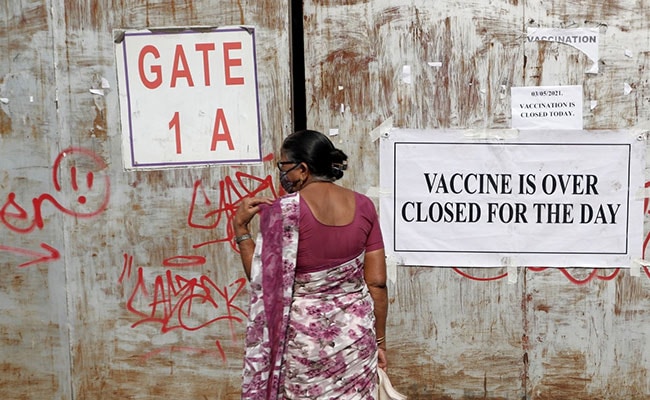 Prices for states and private hospitals were originally higher and were reduced only after outrage.

The vast difference in prices also triggered a political storm, with the Congress accusing the centre of "vaccine profiteering" and sarcastically reminding it of the "one nation, one price" war cry.

The centre pointed out it would get 50 per cent of vaccine supply and that this would be supplied to states for free. However, it made no comment on the higher prices of the remaining 50 per cent.

Last week the Supreme Court said compelling states to negotiate with manufacturers, on grounds of promoting competition and making it attractive for new manufacturers, would adversely affect those in the 18-44 age group, whose vaccination has only just begun.

India began vaccination in January and has administered over 17 crore doses so far but the pace has been questioned, with states running out of stock and shutting down centres.

Several, including national capital Delhi, Madhya Pradesh, Karnataka and Rajasthan, deferred the start of the third phase over a lack of doses.

So far two vaccine options are available, with a third - Russia's Sputnik V - having been cleared for emergency use and expected to be rolled out soon. In its affidavit the centre also said it is in consultation with manufacturers like Pfizer, Moderna and Johnson & Johnson to bring in their products.

The vaccination policy has been criticised by international medical journal The Lancet, which called it "botched" and said the government had vaccinated less than two per cent of the population so far.

The Supreme Court is hearing issues surrounding vaccination and the availability of medical resources - hospital beds and oxygen - as the country battles a huge wave of daily Covid cases.

20-Year-Old Dies After Falling Into Lift Shaft of Building In Jaipur: Cops