''Please Call Me Back'': Congress' Adhir Ranjan Chowdhury In Letter To Railway Minister

"It is regrettable to note that for the last four consecutive days, I have been seeking a little time from the Railway Minister over phone, but to no avail," Congress Adhir Ranjan Choudhury said. 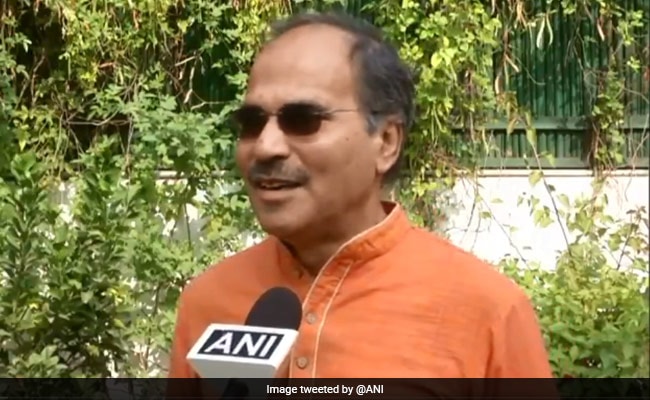 Congress leader Adhir Ranjan Chowdhury wrote to Railway Minister Piyush Goyal on Friday, saying that the minister did not attend to his phone calls over the last four days, and requested him to "call him back" to discuss the movement of migrant workers from West Bengal stranded in other parts of the country due to the lockdown.

In the letter, the leader of the Congress in the Lok Sabha said since the nationwide lockdown was imposed, he had discussed the situation with both Prime Minister Narendra Modi and Home Minister Amit Shah, drawing their attention to the distressing condition of migrant workers and other stranded people.

"It is regrettable to note that for the last four consecutive days, I have been seeking a little time from the Railway Minister over phone, but to no avail. Railway Minister, again I am imploring to you to grace me by calling me back over phone as I am in urgent need to have a few words with you regarding the return of stranded persons of West Bengal from different states," Mr Chowdhury wrote in the letter to Mr Goyal.

The railways started its first train on Friday since the services were stopped in view of the lockdown.

The train from Telangana to Jharkhand carried 1,200 migrants and more such trains for workers are being planned.