Sources in the Union Health Ministry said it will become clear in three to four days whether new variants of coronavirus have a role in the resurgence of Covid cases in these parts of the country. 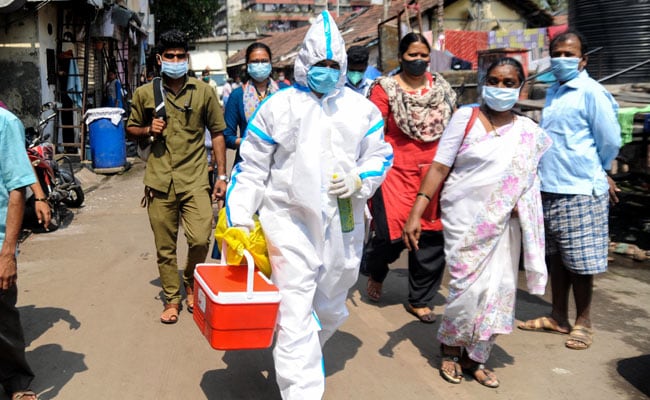 A "micro-level monitoring" is being done in Mumbai and Kerala, Health Ministry sources said.

800 to 900 samples from Maharashtra and Kerala - two of the five states that have seen a rise in coronavirus cases in the recent days - have been sent for genome sequencing in the last one month, top sources in the Union Health Ministry said. This comes amid fear of the mutant strains of the virus.

Samples for genome sequencing - a testing process to understand the complete genetics of an organism - have also been sought from Punjab and Bengaluru. Sources in the ministry said it will become clear in three to four days whether new variants of coronavirus have a role in the resurgence of Covid cases in these parts of the country.

Genome sequencing of nearly 6,000 samples have been done so far in the country.

Authorities gave not been able to verify if the recent Covid cases in Kerala are due to the new variants.

A "micro-level monitoring" is being done in Kerala and Mumbai, sources in the ministry said. Officials are also finding out if Covid clusters are being formed in new areas.

But government officials admit that India's genome sequencing has been below the mark so far and that needs to change in the upcoming weeks.

"The country has set up ten surveillance sites or labs for genomic sequencing and certainly the progress has not been up to the mark. We were expected to sequence 5 per cent of the all the positive samples on a daily basis... There are two things - one is known mutants which have come from other countries into India. The other equally important aspect is whether any mutants are arising within the country," Dr NK Arora, head of the operations research group of Indian Council of Medical Research's (ICMR) Covid taskforce, told NDTV.

Unlike Europe, India hasn't seen the kind of spread of the highly contagious UK variant. The British variant has been reported in 187 people in India.

Brazil and South Africa - where two of the new strains were first detected - have similar climatic conditions. The South African strain of coronavirus has been detected in four people in India and the Brazil variant has been seen in one.

The centre has given an action plan to Maharashtra, Kerala, Andhra Pradesh and Chandigarh after the recent surge in Covid cases in these states. One of the measures that it has asked the states to take is regular monitoring of mutant strains through testing followed by genome sequencing as well as monitoring of emerging cluster of cases.

Dr Shekhar Mande, Director General of the Council of Scientific and Industrial Research (CSIR), told NDTV, "Five per cent is the target that we wish to achieve (for genome sequencing). Right now, preparations are on war-footing to get that five per cent going."