Ramdas is just one of the lakhs of workers trying to get home amid the nationwide coronavirus lockdown. 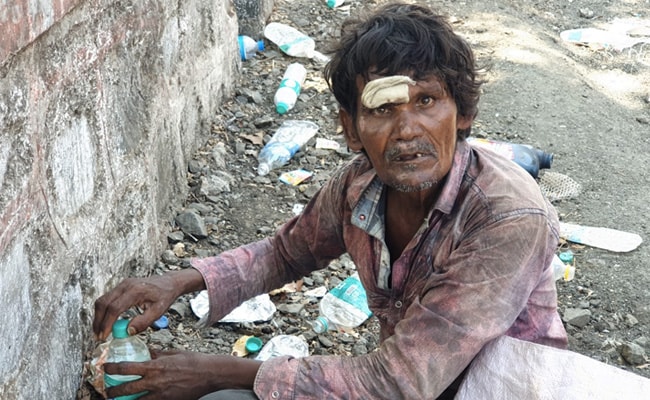 Ramdas had set out for his brother's place in Jalgaon, Maharashtra from Kalyan.

Hit by a car and bleeding for about 12 hours, Ramdas was spotted by an NDTV team in Maharashtra, around 70 km from Mumbai, on Thursday. Five days later, he was seen again on the same highway, trudging on without any money or food, underscoring the stark crisis of migrant workers trying to return home even within state limits amid the nationwide COVID-19 lockdown.

A migrant labourer who worked at Kalyan on the outskirts of Mumbai, Ramdas had set out for his brother's place in Jalgaon, over 350 km away, last week.

"I had no money so could not get a ride. I don't even have a phone," he said.

He was hit by a car last Wednesday night and injured his head. When NDTV found him the next day near Shahapur, he had a deep gash and blood plastered on his face. He was taken to a local social worker who arranged medical aid and food. 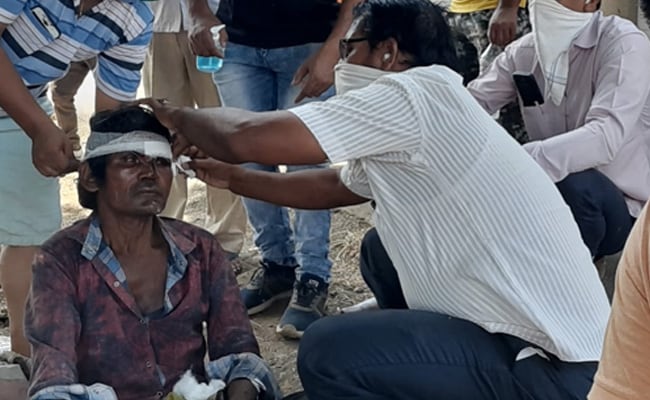 Ramdas said he was hit by a car last week.

On Tuesday, Ramdas was spotted again by the NDTV team in Kasara Ghat, around 36 km ahead with another 300 km to go for Jalgaon. A truck driver agreed to give him a ride to Nasik.

Ramdas is just one of the crores of workers who had moved to cities across the country in search of work.

But two months into the coronavirus crisis, the country's abrupt lockdown that included severing transport links, have taken a toll on the nation's estimated 10 crore migrant workers, triggering an exodus from cities where they worked in garment factories, building sites and brick kilns.

Tens of thousands began walking back to their villages despite reassurances from officials, trekking thousands of miles in the scorching sun, on highways and across forests. With the government announcing special trains for workers last week, there has been a renewed push by people to get home.

The Maharashtra government says they are yet to arrive at an estimate of how many have left with thousands giving the police a slip and leaving on foot. Government sources say number of workers already on their way home within the state and elsewhere could be lakhs.