Roberto Tonizzo, in his forties, tested positive on March 13 while on a visit to nearby Varkala. 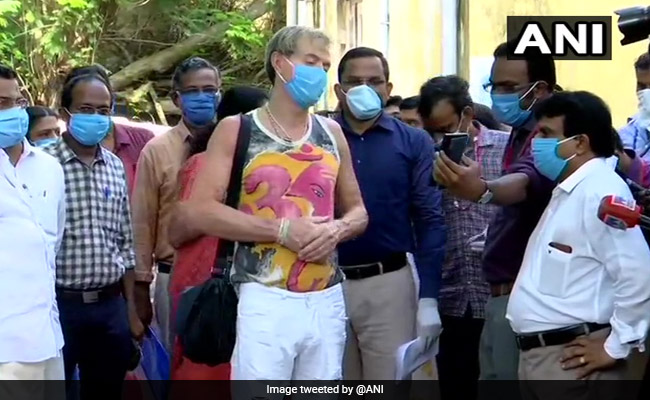 "Kerala is more safe" were the parting words of an Italian tourist who tested positive for COVID-19 and was discharged on Monday from a hospital here after after making a full recovery.

Roberto Tonizzo, in his forties, tested positive on March 13 while on a visit to nearby Varkala.

The results came out negative on March 26 and was under quarantine at the General Hospital here.

"I am so happy. I thank everybody, all doctors and other staff. Once everything is over, I would like to come back.

Kerala is like my home. It's more safe here. Now I have to go back to my country, but I will come back," Mr Tonizzo told media.

The state government arranged a vehicle for him to go to Bangalurufrom where he will travel to Italy with other Italian nationals later.

Earlier, on April 9, Chief Minister Pinarayi Vijayan had said that seven nationals from the United Kingdom and an Italian national had recovered and cured of COVID-19.

The seven people, admitted in the Ernakulam medical college, were part of the group which had on March 15 tried to leave the country without permission while being under observation at Munnar, a hill station in the state.