Read inOther Languages
This Article is From Apr 07, 2020

Coronavirus cases in India: Vice President M Venkaiah Naidu made the statement amid calls for extending the restrictions from states like Telangana, Uttar Pradesh and Assam. 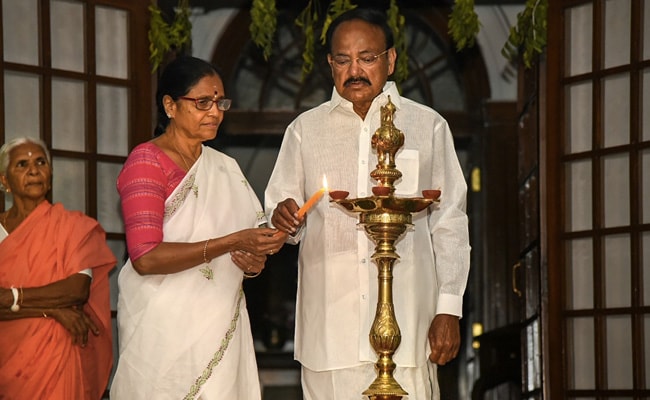 India COVID-19: M Venkaiah Naidu said the next week would be key in deciding on lifting the lockdown.

People must abide by any decision on the coronavirus lockdown "even if the hardship continues beyond April 14", Vice President M Venkaiah Naidu said today, amid calls for extending the restrictions from states like Telangana, Uttar Pradesh and Assam.

"Let's live with the hardship a little longer for a better tomorrow," he said in a statement on Tuesday, as two weeks of the 21-day nationwide lockdown in force from March 25 ended.

Mr Naidu said the next week would be critical in deciding on an exit from the lockdown. The data on the extent and rate of spread of the COVID-19 infection would have a bearing on exit strategy, he said.

Referring to the consultations between Prime Minister Narendra Modi and Chief Ministers on an exit strategy, Mr Naidu said people should abide by "whatever decision follows and cooperate with the same spirit that has so far been demonstrated even if hardship were to continue after April 14".

The statement comes in the backdrop of consultations over whether to extend the lockdown amid rising cases in India. PM Modi, at a cabinet meet yesterday, asked ministers to come up with a "graded plan" for after the lockdown, which was seen to hint at partial restoration and gradual rollback of the shutdown.

"Between the considerations of the health of the people and stabilization of our economy being debated, the former shall take precedence over the later. In my view, while the concerns of economy can wait for another day, that of health can't," the Vice President said.

Speaking on the Tablighi Jamaat congregation in Delhi's Markaz Nizamuddin, which has been linked to a third of coronavirus cases in the country, Mr Naidu said it was an "avoidable aberration and an eye opener to all others".

"The extent of participation in this congregation and its multiplier effect has upset our expectations. This avoidable episode highlighted the consequences of any slip by way of violating the rules of social and physical distancing to contain the spread of virus," he said.