India has also provided HCQ and paracetamol tablets on a commercial basis to 87 countries, said the MEA. 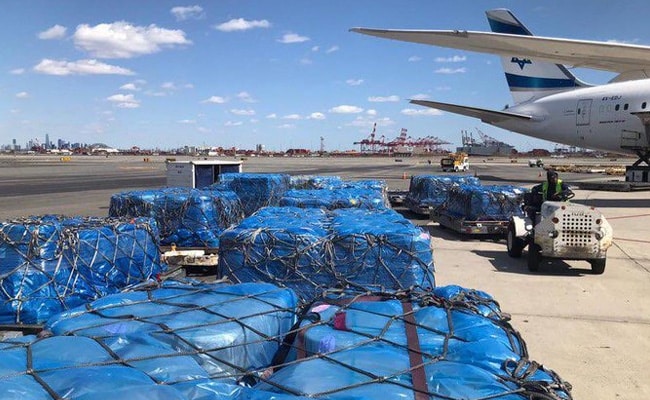 India is a major producer of the anti-malarial drug. (Representational)

The Ministry of External Affairs (MEA) on Thursday said that India has provided 2.8 million hydroxychloroquine (HCQ) tablets, an anti-malarial drug, deemed useful in dealing with COVID-19, and 1.9 million paracetamol tablets as part of its assistance to other countries to fight the coronavirus pandemic.

India has also provided HCQ and paracetamol tablets on a commercial basis to 87 countries, said the MEA.

"In terms of numbers, we have already provided 2.8 million HCQ tablets as grant assistance to 25 countries. We have also provided paracetamol, about 1.9 million tablets, in another form to 31 countries. In addition, consignments of HCQ and paracetamol are being sent to 87 countries on a commercial basis," MEA's official spokesperson Anurag Srivastava said in his opening remarks today.

"These supplies are taking place both as a humanitarian aid as well as on a commercial basis," he added.

In the first batch, India had listed 13 countries for the supply of hydroxychloroquine including the USA, Spain, Germany, Bahrain, Brazil, Israel, Nepal, Bhutan, Sri Lanka, Afghanistan, Maldives and Bangladesh.

MEA sources, earlier this month, had told ANI that the USA had asked for 48 lakh tablets of HCQ and India has sanctioned 35.82 lakh tablets.

India is a major producer of the anti-malarial drug and the Ministry of Health and Family Welfare had earlier this month stated that the government has more than enough stock of HCQ for meeting the current requirement.

It had said the Centre has done proper preparation and planning with respect to current and future requirements of the drug.