The South Asian nation's death count hit 4,695 on Thursday, climbing past the 4,638 fatalities from Covid-19 in China. The nation of 1.3 billion people now has the highest number of fatalities in Asia, excluding Iran, despite the largest lockdown in the world. 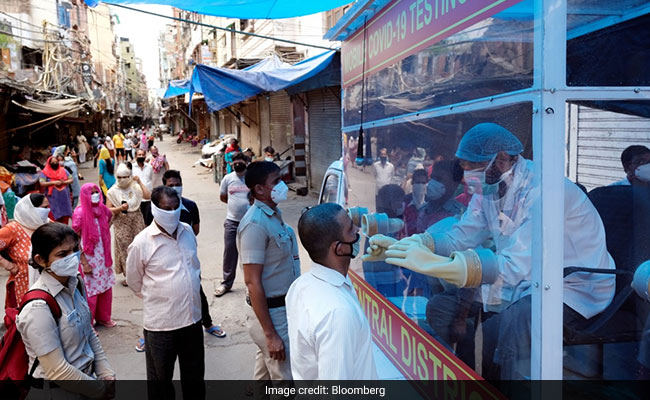 The total number of cases in India is already about twice the level in China.

India is the latest country whose coronavirus death count has topped the number of lives lost in China, where the pandemic started, as hot spots shift to developing countries ill-equipped to contain its spread.

The South Asian nation's death count hit 4,695 on Thursday, climbing past the 4,638 fatalities from Covid-19 in China. The nation of 1.3 billion people now has the highest number of fatalities in Asia, excluding Iran, despite the largest lockdown in the world.

The country's death count quadrupled in less than a month, accelerating by more than 1,000 over the past week, while infections have been soaring at a similar pace. Government experts have begun to acknowledge the outbreak won't peak until June or July.

The total number of cases in India is already about twice the level in China, and also surpasses those in Iran. Infections rose to 165,069 on Thursday, the ninth highest globally, according to data from Johns Hopkins University.

"The hope was the lockdown will be able to prevent transmission, but clearly that did not happen," said Vivekanand Jha, executive director of the George Institute of Global Health, India.

While still far behind the number of cases and deaths seen in places like the U.S., Spain and Italy, the rapid growth of India's virus burden comes as the pace of new infections starts to plateau or decline in many of the wealthier countries where the pandemic first struck, and explode across the developing world.

In recent weeks, Brazil's epidemic has quickly grown to be the largest in the world behind only the U.S., while Peru, Mexico and Chile are all rapidly developing into problem spots.

Health experts warned earlier this year of the dangers the coronavirus presents to developing nations such as India, which possess fewer strategies to contain the disease's spread than wealthier countries. Lockdowns can't be maintained for as long in poorer countries where many people depend on daily wages to survive, crowded slum areas make social distancing impossible, and health-care systems are under-resourced even during the best of times.

"The health-care systems of these countries will be tested really badly, and it is quite likely that in many instances they will just not be able to meet with the need," Jha said. "If that's the case, unfortunately, we'll see a huge amount of suffering."

India's coronavirus infections are escalating at the fastest pace in Asia as Prime Minister Narendra Modi has been forced to start gradually relaxing the country's nationwide lockdown to boost economic activity and ease the pain of what's set to be the economy's first annual contraction in 40 years.

The lockdown -- which began on March 25 and is set to end on May 31 -- was partly aimed at giving the country more time to build up its health-care system. The government has been scaling up its testing to identify new cases, but India's huge population means its efforts still only cover a relatively small portion of the citizenry.