Travelling through the night to escape the heat and navigating the long journey through routes where they might get food or be able to repair a puncture, the men reached their village Bangra in Muzaffarpur district on Sunday. 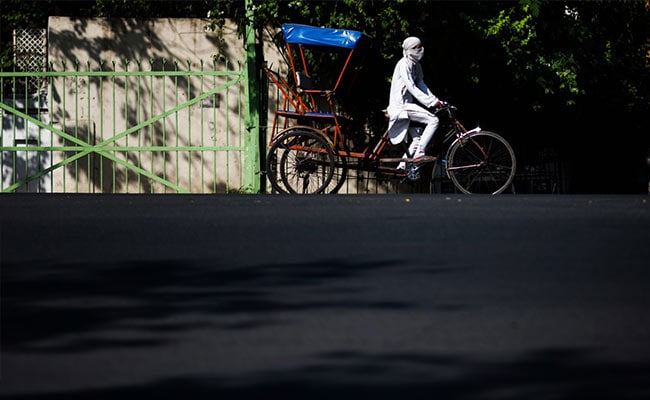 The men gave up hope that they could get seats on a Shramik Special train. (Representational)

Turning their back on their city dreams that had turned to dust in the lockdown, 11 men loaded their rickshaws and cycled for eight days from Gurgaon to Bihar, dodging police and often going hungry as they pedalled their way home more than 1,000 km away.

Travelling through the night to escape the heat and navigating the long journey through routes where they might get food or be able to repair a puncture, the men reached their village Bangra in Muzaffarpur district on Sunday.

On May 17, the men, all rickshaw pullers in this Haryana town abutting Delhi, gave up hope that they could get seats on a Shramik Special train that would take them home.

"We had been struggling with no work and no money since the lockdown began on March 25 and decided it was time to pack up and leave for our village," Bharat Kumar, one of the 11 men, told PTI over phone from Bangra.

The stress had been mounting - there had been no work for two months, their families back home were waiting for money, landlords in Gurgaon were demanding rent and the lockdown was continuing endlessly.

Mr Bharat, like some of the others, had got himself registered for a seat on the Shramik Special train.

The 48-year-old said he waited everyday for the phone to ring so he could go to the station. But only his landlord called, asking him for the rent.

Mr Bharat said he then decided to go to the Gurgaon Railway Station where he was refused entry and met up with the others, who had also come to find out about the status of their tickets.

Eleven of them got together, and set off on the 1,090 kilometre long journey on cycle rickshaws.

"How long would I have waited? It had already been two months. The situation was getting out of hand. I would have been thrown out if I had not vacated the rented room. And there was no clarity on when things would get back to normal," Bharat told PTI.

Recounting the journey, he said, "We were scared the cops may stop us midway or thrash us. But we tried our best to avoid their gaze and travelled more at night. It was also very hot during the afternoon. Thankfully, no cop caught us. A few good samaritans gave us food in places, but we sometimes had to survive without food."

Bharat said he has not yet made up his mind about what he will do to earn a livelihood and is feeling very weak after the journey.

Jhokhu, his travelling companion, is also overwhelmed by their experience.

"At first we thought that we all could go together. We thought one person can sit and the other can ride so both persons can get a break during the journey. But we could not have left our rickshaws back in Gurgaon.

"It is the costliest asset we have. We don't know when we will go back, so we thought of packing our belongings on our rickshaws. A day before we left, we collected food being distributed in different places in Gurgaon."

According to Dayanath, 36, the journey was difficult but the best thing they could have done.

"Even now, we don't have an update on the train ticket. I could have still been there. How long could I have eaten in different community kitchens waiting for someone to help? I know for sure that no help was coming my way so I had to find my own way," he said.

His rickshaw broke down during the journey and they had to tow it till a petrol pump so the puncture could be fixed.

There is also Raju, who rented the rickshaw but has taken it with him to Bihar anyway.

"I do not have my own rickshaw. It was on rent. I used to give a share of my earnings to the 'malik' (owner). He does not even know that I have brought the rickshaw here. I am sure he would have been angry had I told him in advance. I could have travelled on the rickshaws, but we all had things to bring back," he said.

Mr Raju, the father of five children, said there were some anxious moments on the way.

His phone's battery died and he could not get in touch with his family.

"They were scared that something happened to me midway," he added.

But all's well that ends well, and he is just happy to be home.

According to the Haryana Chief Minister's Office (CMO), over 2.90 lakh migrants have been sent home from the state.

The country has been under lockdown since March 25 to contain the spread of coronavirus. The curbs have now been extended till May 31.

The nationwide lockdown has thrown economic activity out of gear, rendered many homeless and penniless and led to an exodus of migrants from big cities to their home states.

While trains and buses are being arranged for the migrants to reach their native places, lakhs of them continue to wait for the call to avail these transport facilities.

Promoted
Listen to the latest songs, only on JioSaavn.com
Comments
CoronavirusRickshaw pullerslockdown

It's Time To Separate From Tata Group, Says Mistry Family