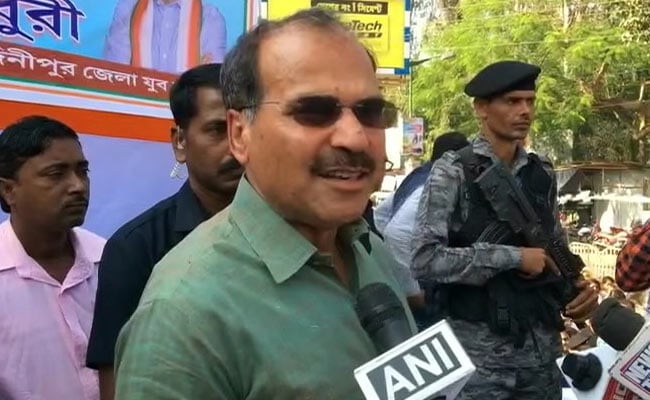 Adhir Ranjan Chowdhury said 12,617 trains are at the disposal of the Indian Railways at present. (File)

Alleging that the West Bengal government was indifferent to the plight of migrant workers stranded in different parts of the country, Congress leader Adhir Ranjan Chowdhury on Sunday sought to know from Chief Minister Mamata Banerjee that how many trains would be needed to bring them back.

In a video message, the Congress leader in Lok Sabha said the centre has already announced 300 "Shramik Special" trains will run in the country every day to transport the stranded workers to their home states.

"Now, you tell me how many trains you would require district-wise to bring back lakhs of migrant workers as well as tourists and students stuck due to the lockdown," he said.

"Please don't give any excuse about the non-availability of trains. Please announce the list. I challenge you, if you are unable to take the initiative then tell me, I will arrange the number of trains you require to bring back all those who want to return," Mr Chowdhury added.

He said 12,617 trains are at the disposal of the Indian Railways at present.

The strong comments from the Congress leader comes a day after a tussle between the centre and the state government over trains for the migrant workers from West Bengal stranded in different parts of the country.

State Congress chief Somen Mitra said the state government has asked for only eight trains from the Centre, but lakhs of migrant workers are stranded.

Mr Mitra said the facilities at the quarantine centres for those returning should be checked and future livelihood issues should be sympathetically considered by the state government.

The state Congress has also written to the chief minister, seeking time to meet her over the issue of stranded migrant workers and the COVID-19 situation in West Bengal.