Professors at IIT Kanpur claim that while invasive ventilators are available at around Rs 4 lakh per unit in the market. 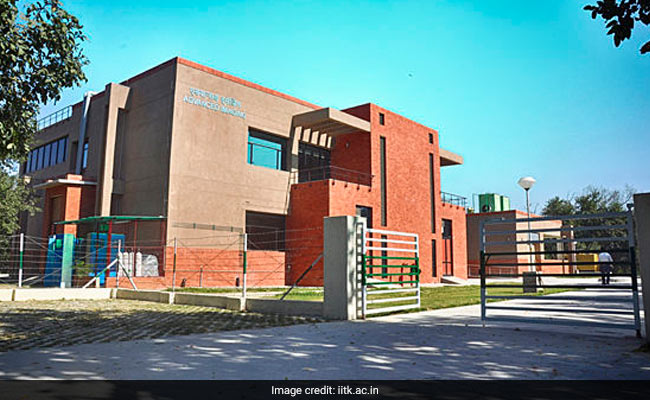 IIT, Kanpur has formed a nine-member team to vet the prototype (File)

With the number of COVID-19 cases rising in the country, the Indian Institute of Technology (IIT) in Kanpur is developing portable ventilators which will be significantly cheaper than the ones available in the market.

Professors at IIT Kanpur claim that while invasive ventilators are available at around Rs 4 lakh per unit in the market, this ventilator will be made at a cost of Rs 70,000 per unit as all the components have been sourced from India only.

Two graduates from the institute---Nikhil Kurule and Harshit Rathore -- who are running a start-up called "Nocca Robotics" incubated at IIT Kanpur, have developed a prototype for the portable ventilator.

IIT, Kanpur has formed a nine-member team, including doctors from Narayana Institute of Cardiac Sciences (NICS), Bangalore to vet the prototype following which the start up will get around 1000 portable ventilators ready within a month.

According to the team, the prototype developed is an invasive type mechanical ventilator capable of operating in pressure-controlled mode.

The ventilator will be permanently connected to a mobile phone which will be used to control the device and display critical information. The device will not require any form of medical air and will be capable of operating on its own in ambient air. There will also be a provision for attaching oxygen cylinder, when required.

"COVID-19 has hit mankind as a catastrophe. When even the sophisticated countries like US and Italy which have wonderful medical infrastructure are dealing with the onslaught of this virus, in India we are grossly unprepared," said Amitabha Bandhopadhay, Professor and Incharge IIT Kanpur Incubation Centre.

"These patients, particularly the elderly one will need access to ventilators and we have very few spare ventilators. We are making an effort to make ventilators as fast as possible, possibly within a month''s time. Without any manufacturing base for ventilators, it is not going to be easy, therefore we have formed a team with technical as well as medical experts," he added.

The team, which is in the process of working out the costing involved for the production of portable ventilators, is also seeking help from crowd sourcing platform called Care In India.

"We are taking help from all levels including a crowd sourcing platform called Care in India. This is the time when combined effort is needed and we hope that if our effort bears fruit we can save a lot of Indian lives," Mr Bandhopahyaya said.

The number of coronavirus cases climbed to 649 in India on Thursday and the death toll due to COVID-19 rose to 13, with one death reported each from Gujarat, Tamil Nadu and Madhya Pradesh, according to the Health Ministry.

Goa featured for the first time in the chart prepared by the ministry, reporting three coronavirus cases.