India had evacuated 650 people from Wuhan - the epicentre of the deadly coronavirus outbreak - earlier this month. 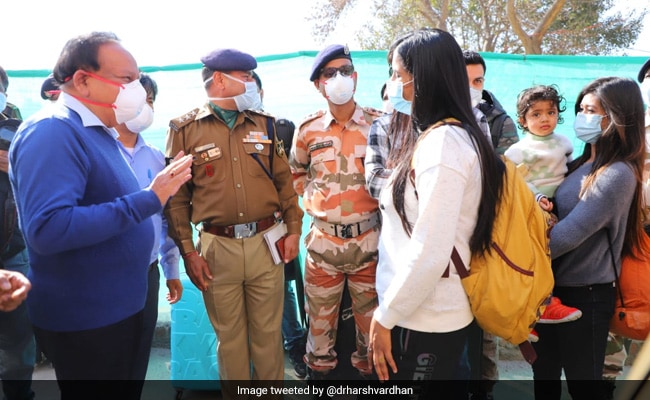 A batch of about 200 people, who were among over 400 quarantined at an Indo-Tibetan Border Police (ITBP) facility in Delhi after being evacuated earlier this month from coronavirus-hit Wuhan in China, were discharged on Monday, a senior official said.

"After the final coronavirus test reports of all 406 people living at our facility were found negative, the first batch was discharged today. We expect about 200 people will leave by tonight. The rest will be sent on Tuesday," ITBP spokesperson Vivek Kumar Pandey told news agency PTI.

Union Health Minister Harsh Vardhan also visited the Indo-Tibetan Border Police (ITBP) facility in Chhawla and interacted with the evacuees. He told them about the steps taken by the government to combat the virus and the precautions to be taken in this context

The ITBP is also providing official vehicles to those who want to go to airport, railway stations and bus stops. It is providing drop-off facility to evacuees who have homes in Delhi, a senior camp official said.

India had evacuated 650 people from Wuhan earlier this month. While 406 of them were sent to the ITBP facility, the rest were quarantined at an Army centre in Haryana's Manesar.